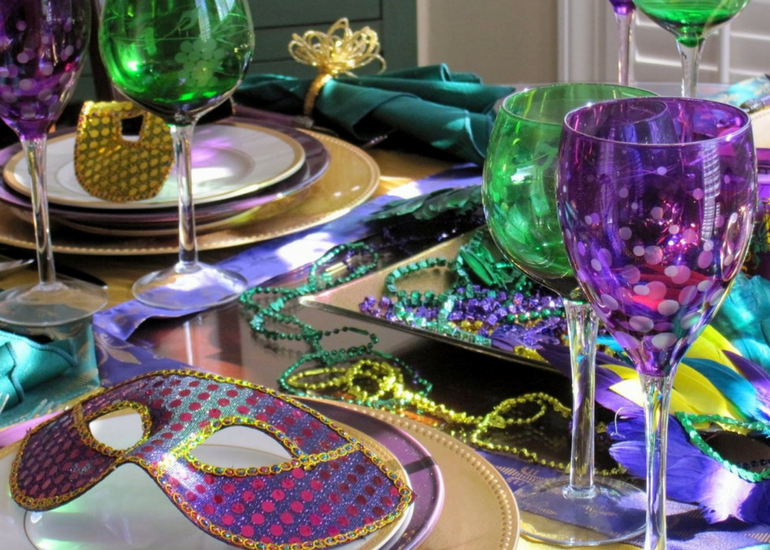 Carnival is one of the long-awaited periods, not only for children and for the fact that they can disguise themselves from their favorite characters, but this is the most awaited period for gourmands. In these days, in fact, it is possible to taste unprecedented culinary delicacies that have been handed down for some time now.

The carnival in Naples on the table is divided between savory and sweet delicacies. In the first category, the lasagna definitely belongs to his majesty, a first course that alone can conquer everyone’s palates. This ancient recipe dates back to the late 1700s, during the period of the Kingdom of the Two Sicilies. Apparently, King Ferdinand II appreciated this dish so much that it had taken the nickname of “King Lasagna”! And if the Neapolitan lasagna liked the king then we can say that it is a real royal dish!

If we talk about the second category we refer instead to the triad of the tastiest desserts of all time: chiacchiere, sanguinaccio and migliaccio.

The chatter, are the sweet par excellence of this party. According to a Neapolitan legend, the story of this cake is traced back to the queen Savoia who, during a chat with the court friends, asked at one point to his chef Raffaele Esposito, to create for them a cake that could cheer her and her guests , hence the invention of this dessert and its name inspired by real chat. The recipe of chatter is very simple and certainly not expensive. This cake can be cooked both in the oven and fried, in both cases it is delicious.

The black pudding is the other sweet, which often has the task of “inzuppare” the chiacchiere. The history of this dessert is very old and dates back to the Middle Ages, when this type of cream was made with pig’s blood. Today this tradition is mostly lost and the recipe for history has been replaced by much tastier ingredients such as cocoa, cinnamon sugar.

Finally we find the sweet mile, a dish prepared originally with millet flour, from which it takes its name (although today it is more often based on durum wheat) and eggs, then enriched with ricotta cheese, water of a thousand flowers (or of orange flowers) and candied fruit. Also of this cake there are several variations, but the most philological want the original version characterized by a coarse grain, given by the handwork.

In short, the Carnival in Naples on the table is truly exceptional and everything to try.