Caffè sospeso, from the ancient Neapolitan habit to national phenomenon 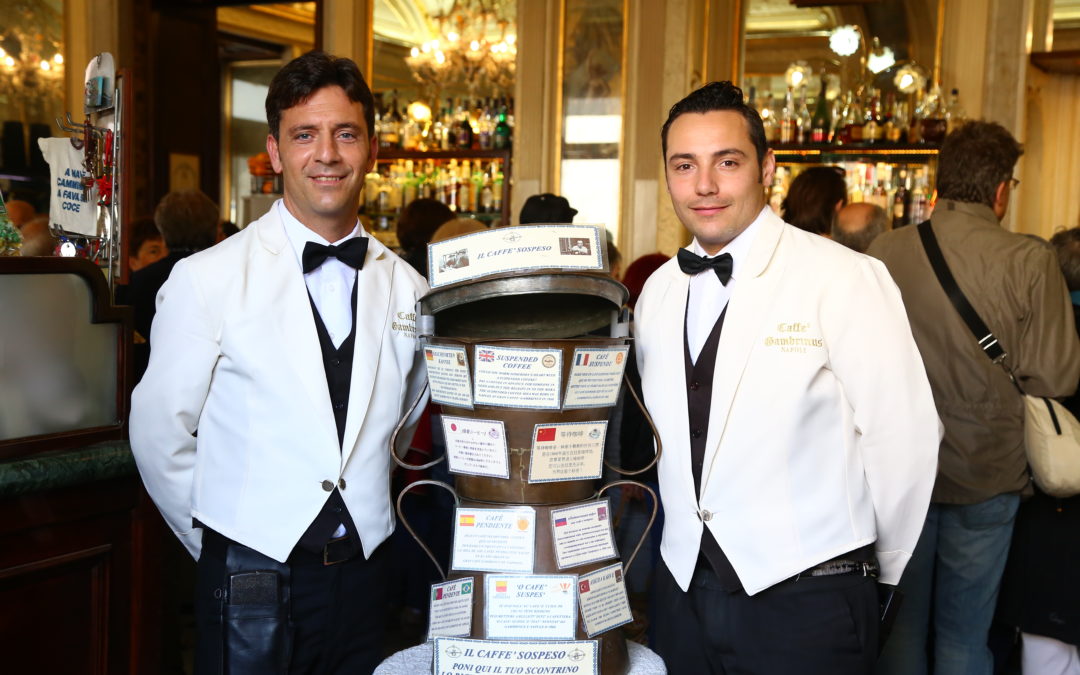 The suspended coffee is an ancient and generous Neapolitan custom consisting in leaving the Bar paid for a coffee for an unknown person who, so, although not being able to afford it, can, however, drink it. A great connoisseur of Neapolitan things like Luciano De Crescenzo has happily grasped the spirit of suspended coffee: “when a Neapolitan is happy for some reason he decides to offer a coffee to a stranger because it is like offering a coffee to the rest of the world”.

It is in the difficult years that followed the unity of Italy that the custom of hanging began to spread, which then became a real habit at the beginning of the 20th century with the introduction of La Pavone, the first bar machine for the preparation of espresso coffee, which allowed to prepare the beloved cup of black drink in less than a minute (hence the express word, fast, as the fastest of the trains, the espresso for the note).

The Second World War will be decisive to put into oblivion the generous use of suspended coffee, but with the new millennium it is rediscovered in the more general context of the recovery of Neapolitan traditions started by about twenty years from the best Neapolitan cultural areas.

Today the suspended coffee is again practically invaded everywhere in the city and sees generous players also tourists who, now, often leave a suspended in the same way in which throw the coin in the Trevi Fountain in Rome, complete with selfies to immortalize the historic moment. The ancient habit of the most generous Neapolitan lords has become a real national phenomenon, having already crossed our metropolitan and regional borders for some years, spreading to other Italian cities, to attract the curiosity of foreign newspapers and television, interested in knowing a behavior with significant sociological implications.

Inspire our suspended coffee, they are, finally, spreading similar practices in other countries of the world as, for example, the baguette suspended in France. Who knows that soon – and there is nothing to wish for – you can not drink a beer suspended in Munich, rather than having a tea suspended in an English pub or, why not, a karkadè suspended between the streets of Cairo.