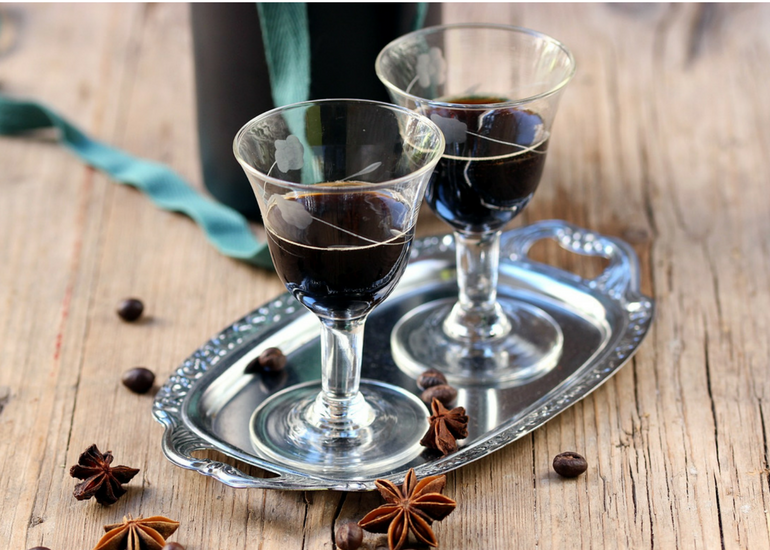 Intense aroma, strong taste, the coffee liqueur is one of the drinks that is able to express this type of sensation, and that for several years has proved to be one of the most loved liqueurs and chosen by the Italians.

His is a story that dates back to the time of the unification of Italy in 1860, thanks to the intuition of the Italian, Ugo Borghetti, owner of the Caffè Sport, which in those years, during the inauguration of the Pescara-Ancona railway line , creates a winning combination of alcohol and coffee that was served to passengers on that route.

The success of this drink arrived soon, so that Mr. Borghetti moved to the capital and began to produce it on an industrial level. The Borghetti coffee, as this liqueur was identified, became a symbol for Italians and began to conquer everyone’s palates.

In the ’70s, however, began the decline for this company that until then had always been thriving, which had managed to overcome the dark periods such as those of the world wars and the dictatorship. In fact, because of financial disagreements there was the failure of the brand in the 70s. From now on until 1982 the company will undergo a series of changes until the arrival of the company Fratelli Branca Distillerie that will give new light to the brand and this special drink.

But how do you consume this drink? It may be the perfect choice to end a hearty dinner, in fact it has great digestive properties, but can also be conceived as a small sin of gluttony during the cold winter evenings. It can be eaten smooth or with ice and can become a fundamental ingredient both for making cocktails but also for desserts such as tiramisu. In short, the coffee liqueur, is good everywhere.

This besides being one of the tastiest liquors in circulation is also one of the simplest that you can make at home. Each family has its own recipe with its little secrets to prepare it that it jealously guards. Over the years, the recipe has gone away refining, making sure that this liqueur is always one of the protagonists on the tables of Italians.