THE INTELLECTUALS AND ARTISTS THAT HAVE MADE THE HISTORY OF GAMBRINUS 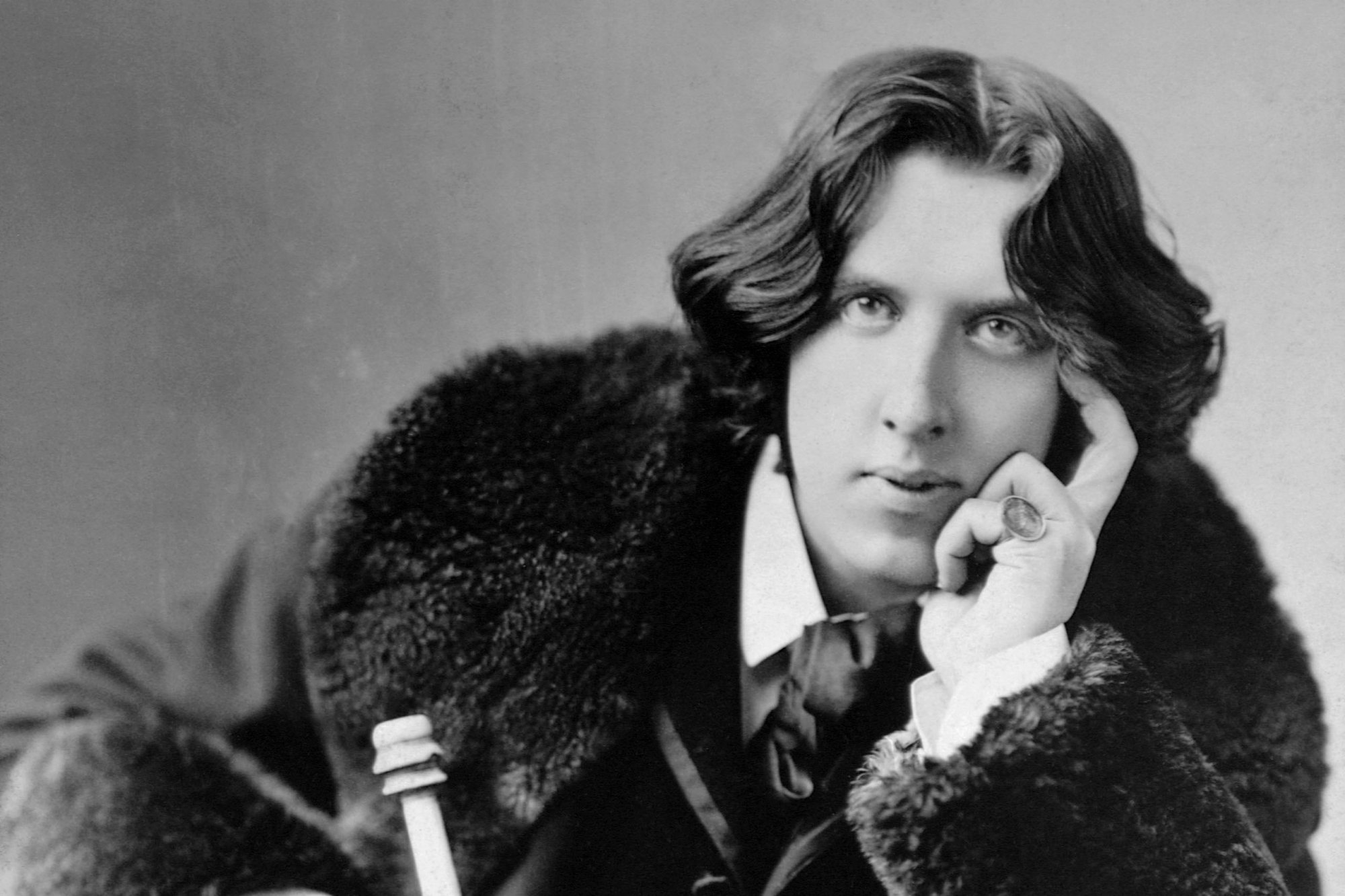 A TRUTH FROM THINGS

(Dublin 1854 – Paris 1900) maximum among the exponents of the European decadentism of the late ‘800. Controversial, prone to provocation, legendary for his aphorisms, he was sentenced to imprisonment for crimes against morality (he was homosexual: fortunately long ago).
After serving sentence in Reading prison in 1897, he sheltered in Naples with Lord Alfred Douglas hiding under a false name, with the intention of finding peace in that place, Posillipo, whose name in Greek means “respite from danger” . Here, in fact, the two took lodging remaining in Naples until March 1898.
The great Irish writer was a frequent visitor to the Gambrinus; moreover, as he himself loved to repeat, Wilde had simple tastes: he contented himself with the best.

THE NAPOLETAN SONG AT THE GAMBRINUS

(Pescara 1863 – Gardone Riviera 1938), the great poet, was the absolute protagonist of the political and cultural life of Italy between the end of the nineteenth century and the beginning of the twentieth century. A controversial and complex figure, of the highest intellect and cultural depth, the greatest exponent of Italian decadentism and convinced nationalist, he participated in the Great War in the newly regimented Air Force (legendary was the bombing on Vienna with the Caproni airplane). It is considered by many to be the greatest Italian literary of the twentieth century. He lived in Naples from 1891 to 1893 collaborating with Il Mattino and Il Corriere di Napoli and, in addition to journalism (he collaborated with Eduardo Scarfoglio and Matilde Serao), he also realized some of his most important works: Giovanni Episcopo and L’innocente. Of the Gambrinus, the “Vate” (nicknamed so because considered by his contemporaries a sacred poet, almost a prophet) was a frequent visitor. All the patrons, even great writers like Salvatore Di Giacomo and Ferdinando Russo, wanted his friendship; the ladies asked him, instead, autographs and stories about his love stories. Here he also had the opportunity to write, at the coffee tables, the poem ‘A vucchella, then music by Francesco Paolo Tosti and known all over the world thanks to the historical interpretation of Enrico Caruso. 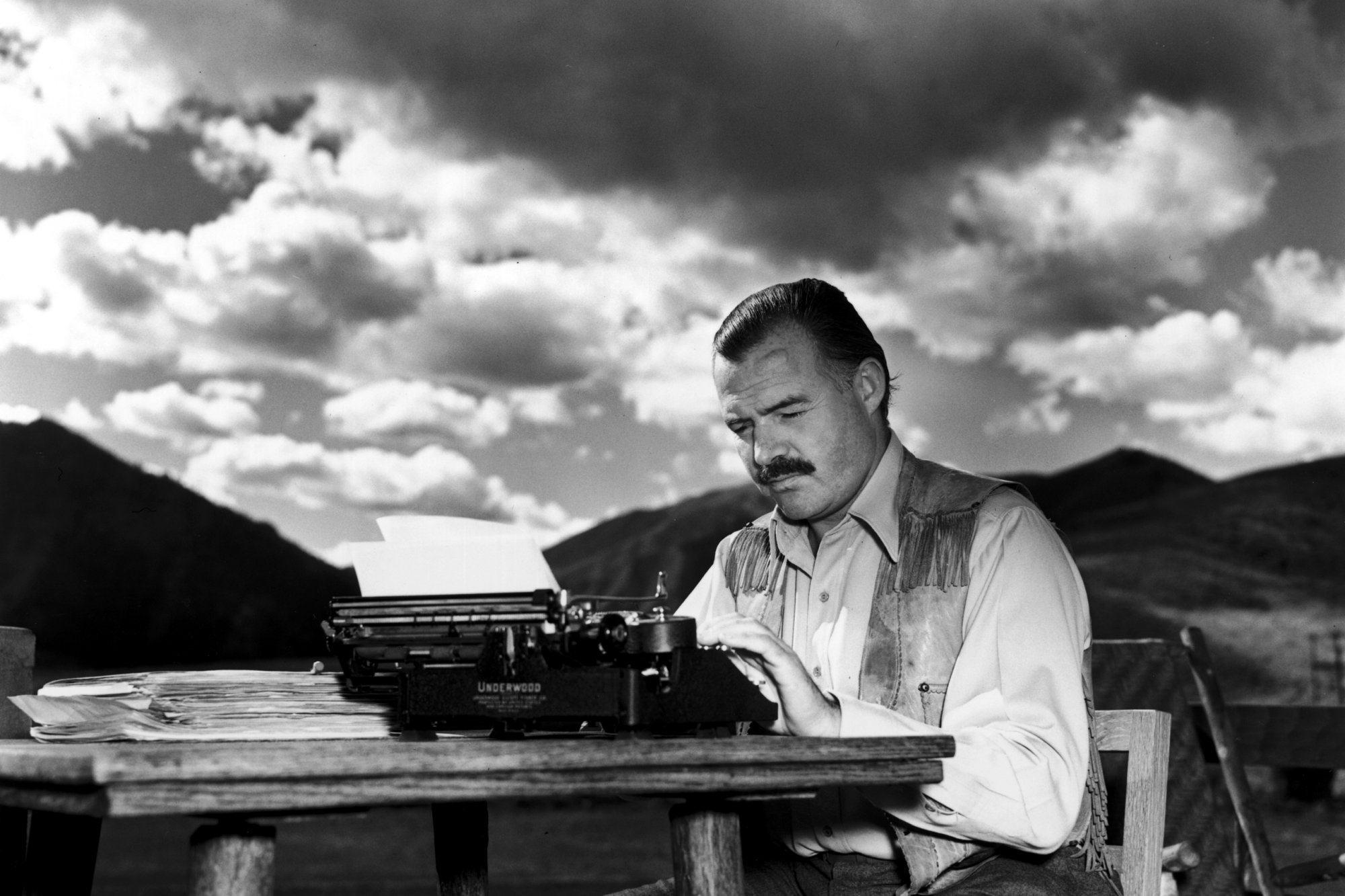 Dubbed as a pope, he was part of the American expat community in Paris during the 1920s, known as the “Lost Generation” and named by him in his memoir on Mobile Feast, inspired by a phrase by Gertrude Stein. He led a turbulent social life, he married four times and was assigned various sentimental relationships. He already reached an uncommon popularity and fame, which raised him to the myth of the new generations. Hemingway received the Pulitzer Prize in 1953 for The Old and the Sea, and won the Nobel Prize for Literature in 1954.

(Pescasseroli 1866 – Naples 1952) was the greatest Italian philosopher in the 20th century, writer, politician, historian and literary critic. He was the proponent of neo-realism and a convinced supporter of liberalism. Returning to Naples in 1886, he lived in the Filomarino palace, where he lived two centuries before Gian Battista Vico, another great Neapolitan philosopher. Croce, a lover of reading and a great scholar, collected an infinity of books that were collected in the library of the palace. Because of his ideas not in line with the Fascist regime, he used to escape the many controls of the hierarchs “willingly taking refuge in the Gambrinus. 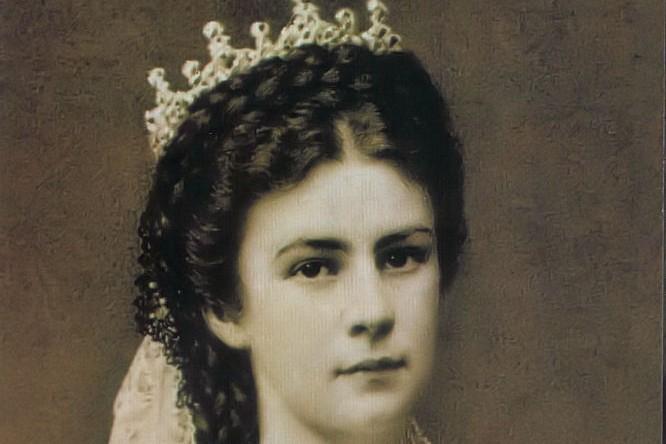 Grown up relatively free from social and behavioral constraints normally imposed on the 19th-century Central European nobility, and generally impatient to court discipline in Vienna as well as to imperial policies and living conditions of the peoples subjected to the Austro-Hungarian empire authorities, nevertheless a symbol of the Hapsburg monarchy and for this reason on 10 September 1898 was killed in Geneva, Switzerland, by the Italian anarchist Luigi Lucheni. The figure of Elizabeth was inspired by a trilogy of Austrian films directed in the fifties by Ernst Marischka and interpreted by Romy Schneider in the role of duchessina (improperly called “princess”) Bavarian and then empress of Austria, became famous with the nickname spurious Sissi . 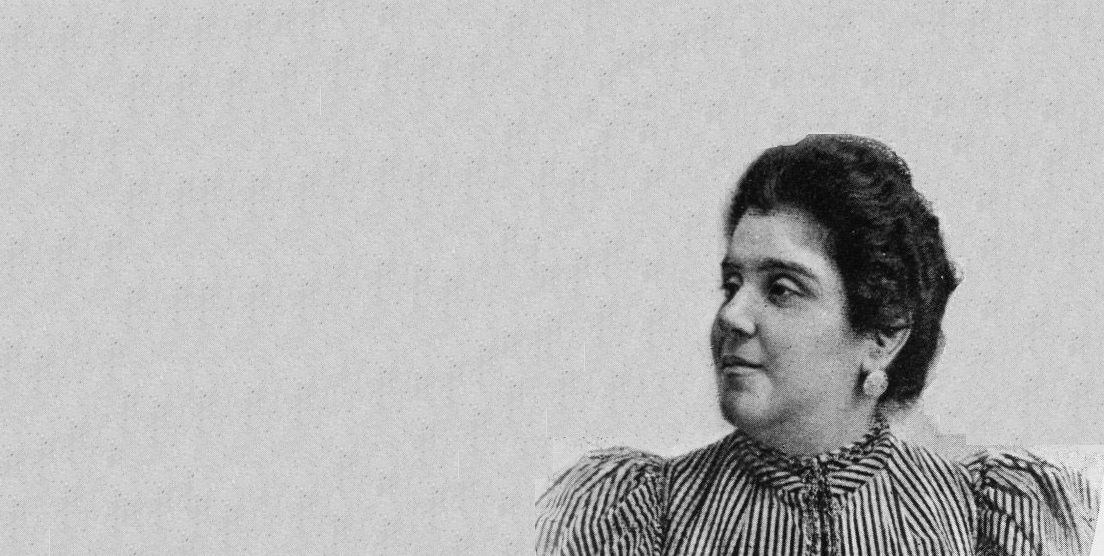 (Patrasso 1856 – Naples 1927) was one of the greatest Italian journalists and writers, remembered for having founded the daily Il Mattino and writing the novel Il Ventre di Napoli. He began his career as a journalist when he decided to move to Rome. Her life had a change when he met Eduardo Scarfoglio (Paganica 1860 – Naples 1917, great poet, writer and journalist from Abruzzo) because it was born not only a sentimental but also professional relationship between the two founders of Il corriere di Roma. great success. The couple decided to move to Naples, where they were able to attend the best intellectuals of the city at Gambrinus and just at the coffee tables the two tried again to found a new newspaper, this time Neapolitan, Il Mattino (the first issue was released on March 16 1892), which was a great success and is still the main city today. In honor of this great writer, Gambrinus has dedicated a sweet to her honor: the Matilda. 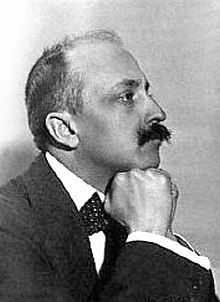 (Alexandria of Egypt 1876 – Bellagio 1944) was a poet, writer and playwright, maximum exponent of the twentieth century avant-garde movement known as Futurism, among which he was the founder. The love of progress, of speed, of danger and (unfortunately) of war, among its most important activities we remember the voluntary participation in various conflicts and the introduction of a new expressive poetic technique. Words in freedom which consisted in destroying the syntax and punctuation and more the word forming drawings. Francesco Cangiullo tells us, in The Futurist evenings, that the exponents of Futurism used to frequent the Gambrinus. In particular, in one of their famous evenings, after having been at the Fiorentini theater, they recited at the Caffè and shouted and shouted all together sung by the Royal Inn accompanied by the music of the Neapolitan Viennese ladies who usually entertained the patrons. 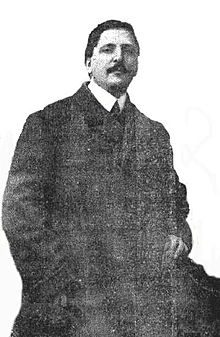 (Naples 1861 – Sorrento 1943) was a journalist, writer and playwright of famous works that were represented by actresses such as Eleonora Duse, Emma and Imma Gramatica. Author highly appreciated by critics and the public, between the end of the ‘800 and the beginning of’ 900 his literary fortune ceased with the advent of fascism because he declared openly against the regime. In the twenty years, unfortunately, he was not allowed to represent his works and many of his writings were censored.

Consistent to the end with his ideas, even when he was in a state of poverty, he refused a conspicuous check sent to him even by Mussolini himself. He was a habitué of Gambrinus during the Belle à‰poque when he collaborated with several Neapolitan newspapers including Corriere del Mattino and Corriere di Napoli as a theater and music critic.

(Naples 1860 – 1934) was a writer and the main poet of poetry in the Neapolitan language, important playwright (remember his most famous work Assunta Spina), author of texts of important classical Neapolitan songs, among which Marechiaro e E spingule francese.

He was a regular visitor to the Gambrinus and held a club in the historic golden rooms. In those years the place was frequented by many people of great cultural importance, and also by his “rival” Ferdinando Russo (Naples 1866 – 1927 poet and author of Neapolitan songs). The two were opposite personalities, and in a sense divided the patrons of Gambrinus into two factions that often resulted in real schuffle bar. There were no offenses like the one written by Di Giacomo on the marble of a table that made fun of the Russian habit of wearing funeral clothes:

Ferdinando is a black thing

leaning on the stick

and, smoking a stub

he is laying in the cafe.

But beyond the professional rivalry between the two, there was always respect and mutual respect. And this is demonstrated when, on the occasion of the death of the Russian, Di Giacomo published these “affectionate” verses in the newspaper Il Mezzogiorno: “O my dear, beloved Ferdinando, farewell therefore: farewell, my generous and good brother; goodbye, sincere friend, eternal child to whom the eternal poetry smiled “. 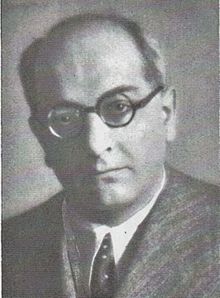 (Athens 1891 – Rome 1952) was an Italian writer, painter and composer. He intervened in defense of Gambrinus when the place was closed in 1938 as considered by the regime as a place of anti-fascists. After a few months, in January 1939, Savinio in the prestigious literary magazine Omnibus, founded and directed by Leo Longanesi, wrote the article Il Sorbetto di Leopardi:

“But the Gambrinus is gone: and for an inexplicable substitution, the place of the old and glorious coffee has been usurped by an unexpected branch of the Banco di Napoli. Yet Gambrinus was there: not three years ago, like the ancient Leopardian Caffè d’Italia, but only a few months ago. He was here, with his glasses, his golds, his lights. […] The air of Naples is fatal to beautiful cafes, like roses are deadly to donkeys. With its golden rooms, its chocolate tables, its red velvet sofas and its large windows open on Piazza San Ferdinando and Piazza Plebiscito, the Gambrinus was less a café than a monument, an institution, one of the vital groups of this city. Why was he killed? “

Not only did Savinio’s desperate appeal fail to convince the authorities to reopen the coffee, but it also caused the closure of the Longanesi magazine.

(Paris 1905 – 1980) was the greatest French philosopher of the twentieth century. Maximum exponent of the existentialism of beyond the Alps he went several times in Italy and also in Naples where he had the opportunity to visit the Gambrinus. At the coffee tables he was able to write these philosophical reflections that were published in his book Spasification. Naples and Capri:
“In Naples I discovered the filthy kinship between love and food. It did not happen suddenly, Naples is not immediately revealed: it is a city that is ashamed of itself; tries to make foreigners believe that it is populated by casinos, villas and palaces. I arrived by sea, one morning in September, and she welcomed me from afar with dull glow; I walked all day long along its straight and wide streets, Via Umberto, Via Garibaldi and I could not see, behind the beauties, the suspicious sores that they carry at their hips. Towards evening I had come to the Gambrinus coffee terrace, in front of a granite that I looked sadly as it melted in its enamel bowl. I was rather discouraged, I had not grasped on the fly that little multicolored facts, of confetti. I asked myself, “Are I in Naples? Naples exists? “”