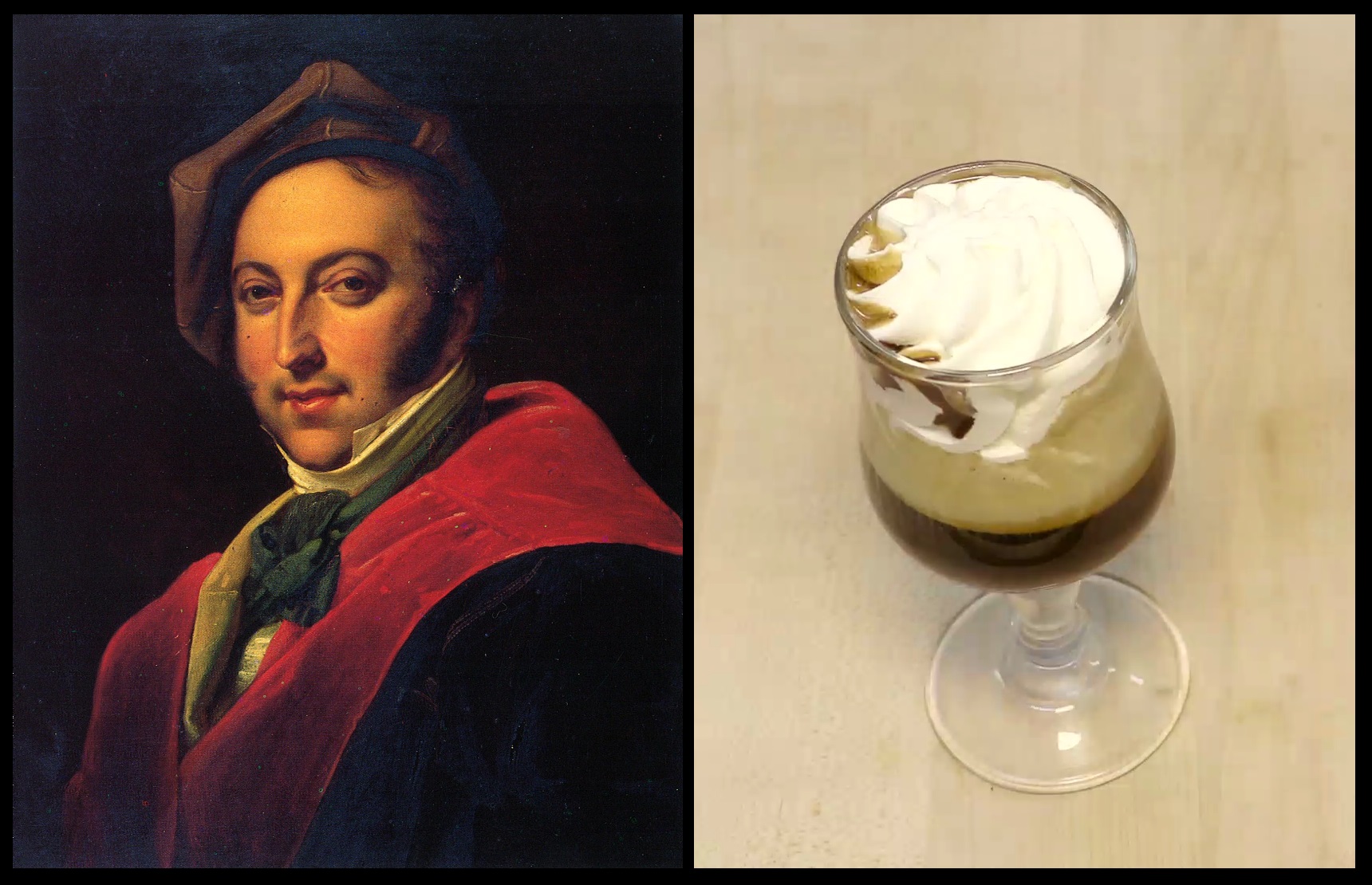 Naples, 1816. Gioacchino Rossini is “prisoner” in the Barbaja palace. How is it possible that one of the Masters of classical Italian music is imprisoned in the heart of the Kingdom of the Two Sicilies?

It all started when Rossini, a very young talent, was born in Naples (from 1815 to 1821) nominated musical director of the Real Teatro San Carlo. It was meant to be the first “musical director” of the Italian peninsula.

Domenico Barbaja commissioned him to realize the Otello, in return he gave hospitality to his beautiful palace in the center of Naples.

The artist, captivated by the fascination of the Neapolitan city and by the commission commissioned to him. Dumas tells us that the great pesarese spent at the tables of the Cafes in via Toledo, tasting the thousand delicacies of the Neapolitan cuisine; In particular he loved to drink with the addition of chocolate (this coffee will then take the name of Barbajata in honor of Domenico Barbaja).

Barbaja decided to “lock up” Rossini in a room in his palace until he handed it to him.

Showy “prisoner” Rossini finally decided to get to work. So it was that in a few days he composed the Othello which was represented for the first time in Naples on December 4, 1816. Gambrinus wanted to re-propose to its customers the famous Barbajata and revisited the original recipe by re-proposing it with these ingredients: sugar cream, coffee, hot chocolate and whipped cream.

I wonder if the Teacher would have approved: we like to think so.