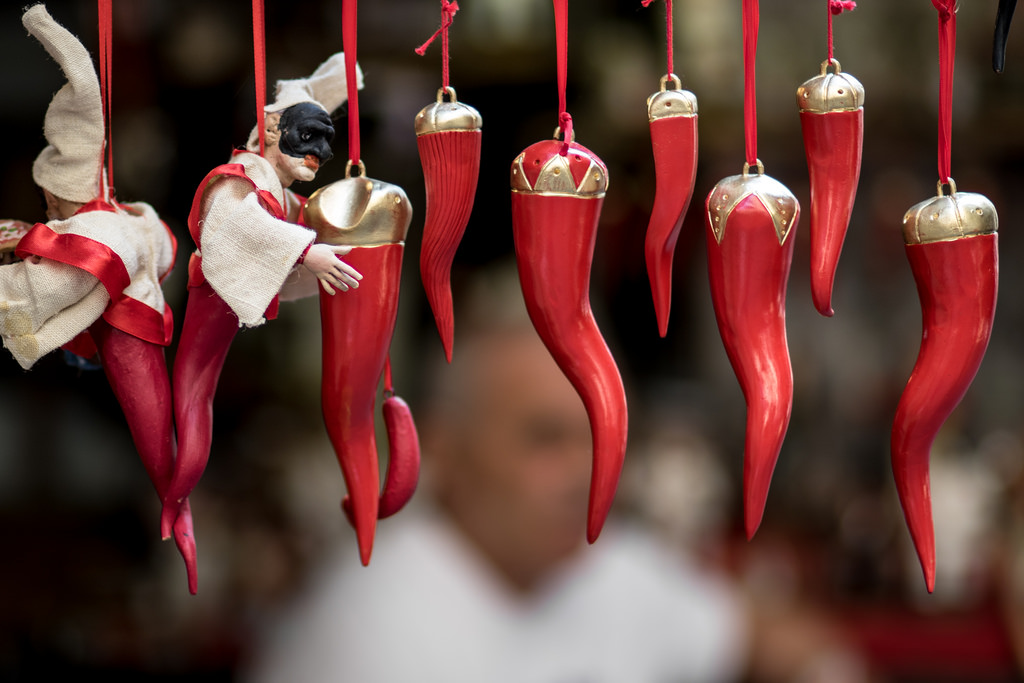 Naples, the coffee and the evil eye

The great Eduardo used to say “it’s not true but I believe it”. This sentence, more than all summarizes the approach of the Neapolitans with superstition. The Neapolitan loves to live life, is cheerful, sunny, lover of company but also has a deep respect for everything that can have a positive or negative influence on people or things.

No city in the world has so many legends, stories and rituals about superstition as Naples: from Munaciello (spirit present in houses portrayed with hump and tuba with beneficial or evil behavior) to the evil eye (popular belief that people’s eyes can have negative effects) , from table superstitions (do not overturn the bread, do not cross the forks in the pot, do not pass the salt in the hands of another diner, do not spill the oil on the ground, do not sit at the table) to the other many superstitions how not to break the mirror (7 years of misfortunes), do not go under a ladder and do not cross the road in the presence of a black cat.

But is there a way to fight the evil eye (for those who believe it obviously)? The Neapolitan people, always gifted with great imagination, could not devise remedies to combat negative influences. The best system is that of scarring a red horn (a sort of amulet that rubs it away from the evil eye) but also caressing a horseshoe or touching a hunchback can be valid systems.

In short, for a true Neapolitan, superstition is something that involves everything, people, animals, objects and even food and drink and is so intrinsic in our way of life that we hardly notice it.

Even the favorite drink of the Neapolitan people, coffee, could not be immune from superstitions and since its introduction of the Kingdom of the Two Sicilies, coffee has had to deal with the evil eye. Both because it produced effects on sleep and because it was the ideal drink to administer filters and poisons, many thought that infused black was the drink of the devil and coffee could not impose itself in our city. It was thanks, however, to the greatest expert of jettatura of the ‘700, the professor emeritus of law Nicola Valetta, who convinced the Neapolitan people how far coffee, far from being harmful, was instead healthy and genuine drink (in his song, Valletta says to drink up to three cups a day without having any negative effect) that the coffee managed to conquer the Neapolitans. Its success was so great that Naples became a city of coffee and even the grimace, the book of dreams used by the players of the lot, could not but dedicate a number all its own: the 42, ‘or cafe.

Not everyone knows, however, that coffee does not “always” 42. In fact, according to the player’s dreams, the number to be played changes. Dreaming of drinking a coffee makes 90 but offer it makes 35, prepare it makes 52, grind it makes 13, sell it or buy it makes 79, toast it makes 84 and finally be in a Cafe 68. There is, therefore, a thin red thread that unites dreams , coffee, Smorfia and superstition in one of the most esoteric cities in Italy.

Even administering oil, blood or other substances inside the coffee cup can have “magical” effects, so to speak, towards the person who takes it. It is well known that many centuries ago Neapolitan women used to resort to such stratagems as a filter of love to bind the beloved men to them.

There is still another link between coffee and superstition in Naples: the cafeomancia (caffeomanzia or reading of the coffee grounds) an oracle through which the future can be predicted. This was a very popular practice in the eighteenth and nineteenth centuries in the city of Partenope. Today it is not very widespread although according to those who have tried it is really effective for predicting the future.

Finally, the evil eye is “thwarted” even in cafeterias by managers and bartender who take small “precautions” as an instrument to “protect” their business from the evil eye. The most classic is to say goodbye to the Bella ‘mbriana, that is to say goodbye to the benign spirit that protects it when the commercial activity starts in the morning (but also a house). Woe to not doing it! La Bella ‘mbriana could offend and turn positives into negativity! Another good rule is not to have table number 17 inside the customer’s room because it could “ruin” the bargain’s business. It is a good idea to always keep cornices and horseshoes in plain sight to scrape them promptly in the event of an “unexpected” evil eye. So, when you do not know what to give to a Neapolitan, know that a red horn is always a welcome (and useful) gift.