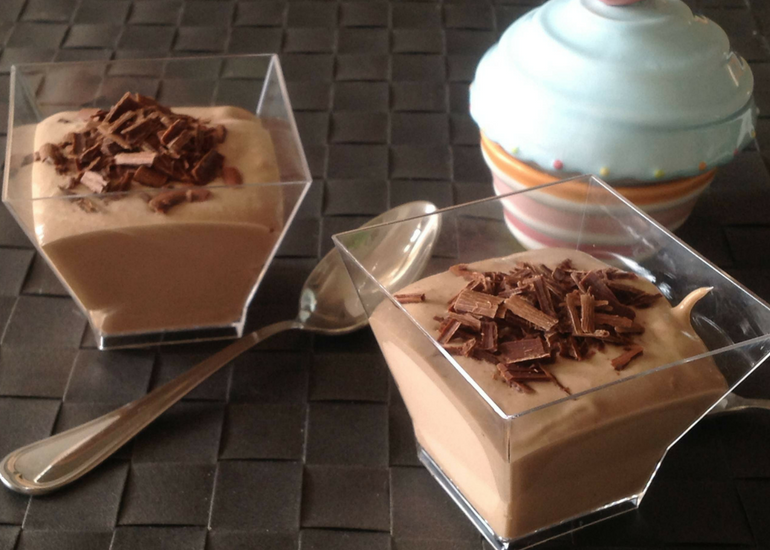 Neapolitan pastry is rich in products that over time have maintained their goodness thanks to the faithful reproduction of recipes of these sweets, despite the passage of time.

Inside the Neapolitan pastry factory, there is a very old dessert, perhaps not very well known to the new generations, whose recipe and presentation has recently been revisited and brought to its former glory, we are talking about the Neapolitan coviglia.

A dessert that challenges the centuries

This sweet, we can say that has challenged the centuries. One of his first appearances on the table of the Neapolitans was certainly in the period of the late 1600s, when this sort of semi-cold flavored coffee was served, inside small metal cups to keep this creamy mousse possible. . The coviglia, whose name seems to derive from the Spanish word, cubillo, was an exclusively Neapolitan dessert, which has rode the wave of popularity for about three centuries. After appearing in 1600, between 1700- 1800 it began to be served at the court of the Neapolitan nobles, at the end of the 800 it became as often happens, even a dessert addressed to the people. Since the mid-1900s, it was prepared by the pastry shops of the Mergellina area and was destined to enrich the wedding banquets together with the late Spunone, another typical Neapolitan dessert that has now become a rarity.

Although it can be defined as one of the pastry Highlanders, the shredding in the modern era has passed a little muted, and only a few patisseries continue to make it.

Today the coviglia looks like a delicate mousse halfway between an ice cream and a pastry that is kept in the fridge. It no longer belongs exclusively to the Neapolitan tradition, because it is a sweet that is actually found throughout the boot, indeed it is much more popular today in the North than in Southern Italy and consequently also its original recipe has been revisited by the region in region. It is served in small glasses this time made of plastic, no longer made of steel, reminiscent of the mono portions typical of finger food, but it can also be enjoyed in glass jars or terracotta cups, also if in the past the presentation was very Spartan, the current dishes are presented in the most chic way in which a cake can be conceived. The coviglia becomes not only a pretty but also tasty dessert perfect for an after-dinner wherever you are.