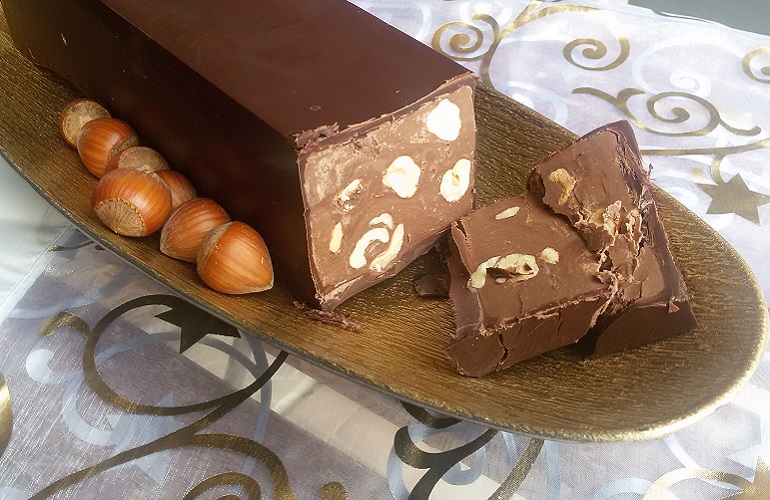 Origin and history of the nougat of the dead

by Simona Vitagliano
What is celebrated in Italy in the so-called “Day of the Dead” is, in some ways, a recurrence very similar to Halloween, so much so that falls in a day very close to October 31: we are, in fact, in what, for Italians, is a real holiday (even if never officially established as a civil holiday) to be celebrated on November 2, exactly one day after the anniversary (this time red on the calendar) of All Saints.

But what are these obvious similarities?

First of all, the input from where this commemoration took place: as written on the Encyclopà¦dia Britannica, “the peasants of many Catholic countries believe that the night the dead return to their former homes and feed the food of the living”; in short, the souls of the dead are celebrated as if, for one night, they were able to come back to life and even feed on what is left available to them.

This belief has made, therefore, that the women of the people are devised in new recipes, made with the ingredients of the moment, to satisfy the living … and beyond. And here’s how those defined as “the sweets of the dead” were born, which are different here in Italy from region to region.

In Sicily, for example, tradition has it that on the night of All Saints the dead (of the family) leave gifts and sweets for children, like the Fruit of Martorana (in Calabria the “morticeddi”) and the so-called “bones of the dead”.

In the area of ”‹”‹Mount Argentario, in the province of Grosseto, in Tuscany, however, among the various customs there was also that of putting small shoes on the graves of children, whose souls were thought to come back among the living, in fact, on the night of November 2nd.

The Abruzzese tradition is curious, recalling in all and for all the Anglo-Saxon tradition for the celebration of Halloween: in fact, they are made to dig and carve large pumpkins and then put a candle inside. In this way these creations become bricks; Does the name Jack-o’-lantern tell you something?

In short, if you want to take a virtual tour among the regions of Italy (and not only) you would find this common line, designed to celebrate a sort of return of the dead among the living: a way to remember more dearly their loved ones disappeared.

In this panorama, the nougat that we Neapolitans eat right in these days of celebration fits perfectly. But what are its origins?

The nougat of the dead: an ancient and uncertain origin

What in Naples is called “nougat of the dead” is a soft dessert, long from 50 to 70 cm, sold in pieces, and by weight, in many shops and small outdoor stores, scattered along the streets of the city. The shape is, practically always, a parallepipedo, a sort, if we want, of miniature dead body, also given the reference to the color of the wood obtained through the chocolate base. Naturally, the exterior can be decorated at will, so much so that it is not infrequent to find covered with white chocolate or filled with cream and milk chocolate, which decorate each slice when cut.

This type of nougat is different from the classic one for the ingredients: here there is no honey, but cocoa, as we have seen, which is “inlaid” and made greedy by hazelnuts, dried or candied fruit, coffee beans, almonds, puffed rice and many other ingredients, preferably autumn, but also more exotic and summer, like coconut.

In Naples it is impossible not to buy even a small quantity, a symbol of the most particular festivity of the entire Italian calendar; on the other hand, between stories of Dracula, vampires and ghosts (some time ago we have also proposed the legend of the ghost child about Gran Caffè Gambrinus), or the myth of Raimondo Di Sangro and his Cappella Sansevero, the Neapolitan city it is, since its origins, a great evocative of esoteric historical traditions.