Article written by Michele Sergio published in Il Roma on 09.12.2018

Originally from Abyssinia, consumed initially by the Arabs and produced mainly in Brazil, coffee has found undisputed homeland in the Belpaese; this is confirmed by the fact that the Italian terms “caffè”, “cappuccino”, “espresso”, “caffellatte” are now internationally recognized, not just neologisms but only words to indicate the relative beverages. Below we propose our ranking, from the 7th to the 1st place, of the Italian “coffee cities”. 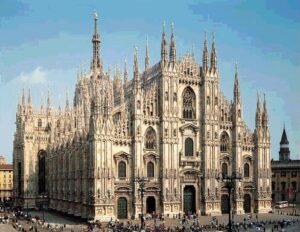 Cosmopolitan, dynamic and modern , the city of Milan is an open-air laboratory, always ready to receive new ideas and propose innovations, even in the coffee world. The espresso machine is born in Milan: on the patent of the Milanese engineer Luigi Bezzera, it is launched on the market by Industrie Pavoni in 1905. The historic cafes in the center have been delighting Italian and foreign visitors for almost two centuries: Caffè Cova of 1817 (loved by Giuseppe Verdi and Ernest Hemingway), the Caffè Savini of 1867, the Caffè Biffi of 1887, the Camparino of 1915, are all located in the central Vittorio Emanuele II Gallery. Mention deserves also the Caffè Taveggia of 1909 and the Caffè Jamaica of 1911 (frequented by Ungaretti and Quasimodo). The Lombard capital is, then, the first Italian city to have welcomed brands of foreign coffee shops and hosts international coffee events. 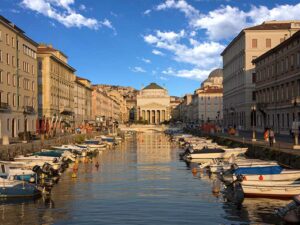 For many centuries, on the Adriatic (and therefore on the Mediterranean) of the Austro-Hungarian Empire, it was the transit center of precious fabrics, rare spices and exclusive products. When Vienna begins to drink coffee (the official year of the spread is 1683), Trieste becomes the nerve center of the journey of raw beans coming first from Africa and then from the new world. Even today the Friulian city is one of the first European ports for quantities of coffee transited. In addition to being an important importing city, Trieste hosts important coffee roasters, historic cafés such as the Tommaseo of 1830, the San Marco of 1914 (frequented by Svevo and Saba) and the degli Specchi of 1839 and a university of coffee founded by the famous Illy producer. 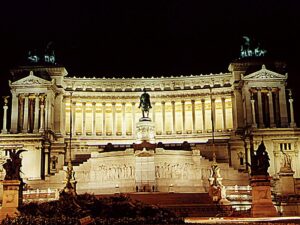 It is an unforgettable experience to walk through the streets of the capital and stop in the tea and coffee rooms. The most famous café in the Capitoline is the Antico Caffè Greco in Via Condotti since 1760. Stendhal, Wagner, Goethe, Casanova and even Buffalo Bill waited there; for over 250 years it has been a literary salon and art gallery (over 300 paintings in its rooms). The Caffè Museo Atelier Canova Tadolini is unique: it was born, in fact, in the study of the great sculptor Antonio Canova. Here coffee can be tasted among works of art. A similar but different local name: Caffè Canova, in Piazza del Popolo, has been a point of reference for the Romans for many years; one of his most famous visitors was Federico Fellini, to whom the restaurant dedicated a photo gallery. Caffè Sant’Eustacchio with its historic coffee toasting machine, Babington Tea Room, founded by two English ladies and frequented by great personalities, and Harry’s Pub, a meeting place for actors and singers, complete the rich picture of the most famous Roman cafes . 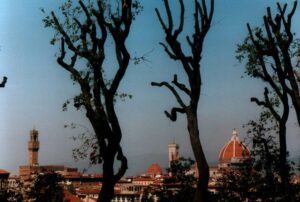 In Florence, as you know, you do not go only for tourism but also for good food. For those who visit the cradle of the Renaissance are not only the Duomo, Palazzo Vecchio or the Uffizi, but also the historic cafés of the center. Among the most famous we remember: Rivoire in Piazza della Signoria, founded in 1872, Giubbe rosse of 1896 (so called for the waiters’ uniforms because it was too difficult to pronounce the owners of the Reininghaus brothers), Caffè Gilli of 1733 and Caffè Paszkowski of 1846.

Turin is a metropolis to experience, visit and … enjoy! Wine, coffee, tea and chocolate become true excellences in the Piedmontese capital and, especially in winter, due to the harsh climate, the Turinese people like to spend free time in the places where they can taste these delights. Among the most famous coffees we remember: Al Bicerin of 1793, loved by the Count of Cavour, where it is possible to taste the famous “bicerin” coffee with cream and chocolate (whose recipe is secret); Baratti & Milan of 1875, supplier of the Real Casa for chocolate; Caffè Mulassano of 1907 near Piazza Castello; Caffè Platti of 1870; Coffee-Gelateria Fiorio of 1780; Caffè San Carlo of 1822 all in the heart of the city. Turin is also the city of Moka (invented by Alfonso Bialetti in 1933), of the Espresso coffee machine designed by the Turin engineer Angelo Moriondo back in 1884 and of major coffee companies such as Lavazza. 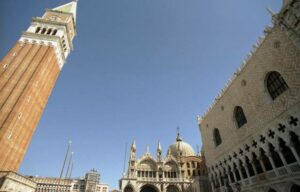 Venice  was for many centuries the main port of the Mediterranean. When they open the doors of the first cafés in Piazza San Marco, it is immediately successful. The historical scope of the cafes is so epochal that Carlo Goldoni even writes a comedy, “La Bottega del Caffè”, dedicated to these new meeting places. Tourists visit Venice not only for its beauty and uniqueness, but also to enjoy a coffee in the famous bars of Piazza San Marco. The most prestigious and ancient is the very famous Florian. Inaugurated in 1720 by Floriano Francesconi with the name of “Alla Venezia Trionfante”, it was renamed “Al Florian” for the way of saying of its patrons “we go to Florian”. Among the many illustrious visitors Giuseppe Parini, Silvio Pellico, Ugo Foscolo, Charles Dickens, Johann Wolfgang Goethe, Jean-Jacques Rousseau. It is here that Giacomo Casanova courted “his” ladies. Also in Piazza San Marco is the Caffè Quadri, founded in 1775 by the merchant Giorgio Quadri and frequented by the likes of Stendhal, George Byron, Alexandre Dumas father, Richard Wagner, Marcel Proust and Caffè Lavena of 1750, loved by Franz musicians Liszt and Richard Wagner. Do not forget the legendary Harry’s Bar of 1931 by Giuseppe Cipriani where the famous Bellini cocktail was invented. 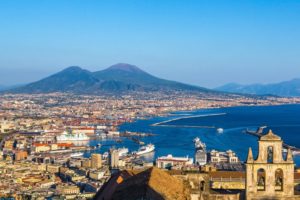 Undoubtedly Naples is the Italian capital of coffee, both in terms of culture and consumption (the highest of the peninsula!). Important characters have contributed to the fame of our coffee cup: from Queen Maria Carolina of Habsburg who introduced it to Gioacchino Rossini who created a recipe, up to Donna Eleonora Fonseca de Pimentel who wanted it as her last wish before his death sentence. The first modern home-style café, the cuccumella, was invented in Naples. In our city most of the bars and cafeterias do not use the coffee machine with continuous supply (so to speak the one with the buttons) but the lever machine, more difficult to use but with efficiency, for the quality of the prepared product, of course, higher. The suspended coffee (to pay for a coffee for those who can not pay for it) is an ancient Neapolitan social and social custom that has now crossed not only the national and regional borders, but also the national ones. We can not forget the leading role that coffee has had in the cinema and in the Neapolitan and national theater, with Totò, Troisi, De Filippo, De Crescenzo and in music, from the Neapolitan classics to Pino Daniele. Our blend is unique and unmistakable, with a strong and decisive taste and the techniques of preparation and tasting of the Neapolitan espresso are quite peculiar, from the machine used, as seen, in the manner of serving it in the infamous hot cup, to the small and many secrets of Neapolitan baristas. Many roasting spas spread like wildfire on the metropolitan area and which have a huge share of the Italian and global market, as well as many gourmet recipes, loved by Neapolitans and tourists (hazelnut coffee, scrambled coffee, scarfariello, etc.) which over the years are continually “invented” in the historic Neapolitan cafés, the Gambrinus, above all, to perpetuate the ancient ritual of drinking the mythical tazzulella ‘e cafè (with its tasty and rich variations).