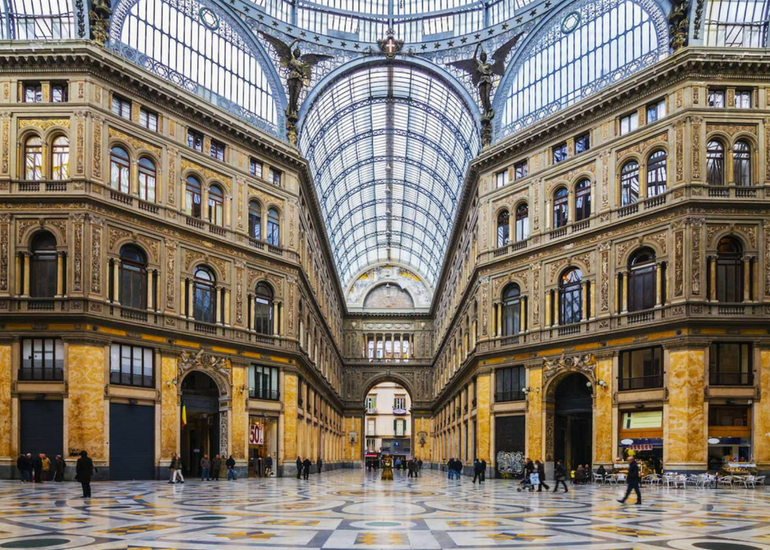 The Museum Day in Naples

From May 19 to May 20 in Naples is held an important event that takes place now for about three years or “the Feast of monuments”, two days dedicated to the discovery of the cultural heritage of the city. For this occasion the museums will remain open at a decidedly unusual time from 8.00 pm to 12.00 pm and the cost of tickets for the museums participating in the initiative will be of a truly affordable amount of 1 euro.

The initiative that aims to bring people closer to culture, is much appreciated by both tourists and citizens who do not miss the opportunity to get to know their city. In Naples there is so much to see, so we decided to tell you about our personal tour that we are sure you will appreciate so much. the first stage begins with a visit to the historic and suggestive Galleria Umberto I, built between 1887 and 1890. The interior of the gallery consists of two streets that intersect orthogonally and surrounded by buildings, shops and cafés. the historical seat of the Neapolitan Masonry, in particular of the Masonic Grand Orient lodge of Italy.

Naples is a city rich in Castles. In the vicinity of the Umberto Gallery we find one of the city’s symbolic castles, present in the photos and postcards that tell of our city all over the world or the Castel Nuovo or better known as Maschio Angioino. The castle is of medieval and renaissance origins and was built by Charles I of Anjou, in 1266 after having defeated the Swabians. Another  highlight of the city is the San Carlo theater, which is worth visiting at least once in a lifetime. It boasts of being the oldest theater in Europe, founded in 1737. Overlooking the most famous street of the city, namely Piazza Trieste and Trento, the theater by the will of the Bourbon sovereigns became the symbol of a Naples that underlined its status as a great city European. Even today the theater maintains an intact charm, of the times of the great splendors. In the heart of Piazza Plebiscito stands a historic building par excellence or the Royal Palace, which was the historical residence of the Spanish viceroys, then of the Bourbon dynasty. Today it is the headquarters of the national library. Why enjoy the beauty of the city only on the surface? In fact, Naples is beautiful even in the subsoil where there is so much to discover. So do not miss a tour of the Galleria Borbonica, strictly in raft. As the last stop on this marvelous tour, we offer you the inevitable stop at the Gran Caffè Gambrinus, symbolic place of the city of Naples, where art, taste and tradition meet.