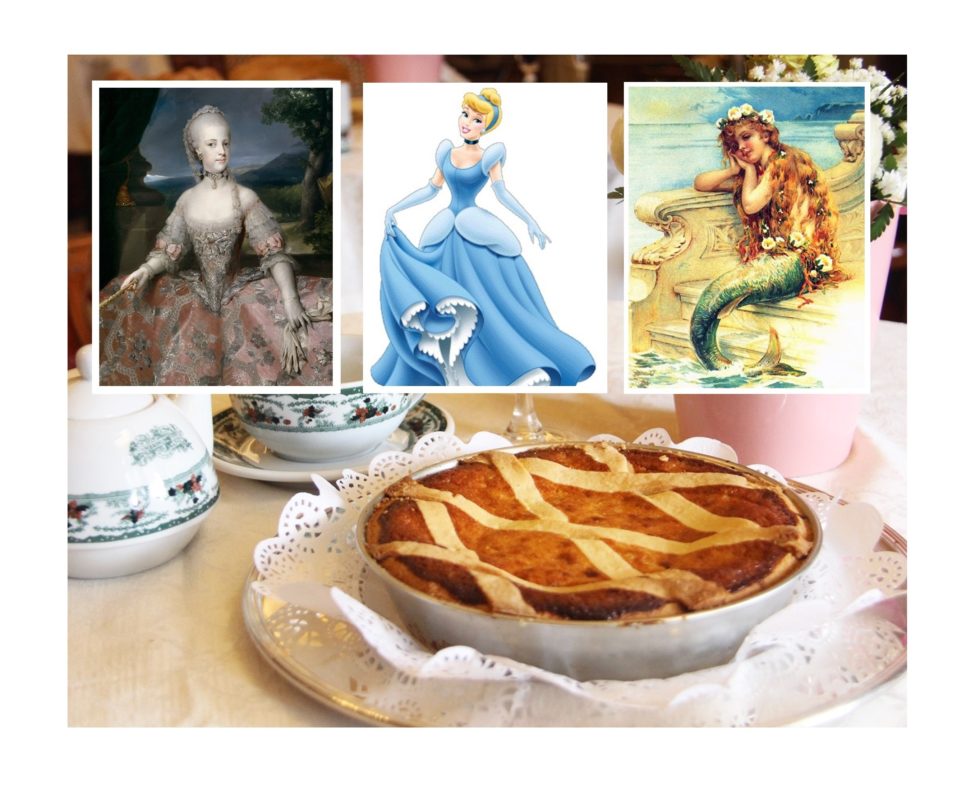 The three women of the pastiera

Present in all the houses of the Neapolitan families there is no Easter without pastiera. We don’t know if the one prepared in the pastry shop or the one made at home by mothers is better (and each of them boasts of having the best recipe in town). But what we do know is that the queen of the Neapolitan cakes is inextricably linked to three female figures between legend, fantasy and history that have contributed to making the pastiera a must for Neapolitan pastry.

Let’s start with the myth. Legend has it that Parthenope donated it to the Neapolitans. In spring, the Mermaid cheered the first settlers of Neapolis with her songs and to reciprocate, the people thought of sending her seven young girls with as many symbolic gifts: ricotta (abundance), flour (wealth), eggs (fertility), wheat in milk (fusion of the animal and vegetable kingdom), honey (sweet song), spices (all peoples) and orange blossom (perfume of the Neapolitan land). Parthenope brought these gifts to the gods who mixed them thus giving life to the pastiera.

Continuing with the fairy tales, it seems incredible, but even the most beloved of the fairytale princesses is linked to the pastiera. Well we are talking about Cinderella or, better to say, the first version of the story ‘The cat Cinderella’ told by the Neapolitan writer of the 17th century Giambattista Basile in “Lo Cunto de li Cunti” where there is an interesting description of a buffet all adorned with pastiere and casatielli, as well as other delicacies of Neapolitan cuisine.

Let’s end with the story. How can we forget the famous anecdote linked to Queen Maria Carolina of Austria, wife of Ferdinand IV of Bourbon. The queen does not seem to be particularly prone to a smile, so much so that the people defined her as ‘the queen who never smiles’. During a banquet it was the husband-king who suggested that she taste the pastiera and after having tried it she exclaimed: “Ma chesta è o paradiso!”. To which the husband replied: “It took the pastiera to make my wife smile, now I’ll have to wait another year!”.

Between a visit to the gods of the languid Siren, a fairytale banquet and a royal smile, only one certainty remains: our exquisite pastiera has traversed the entire history of Naples, arriving in every corner of the world with its overwhelming personality given by authenticity outspoken of its ingredients.