10 Neapolitan ways of saying about coffee 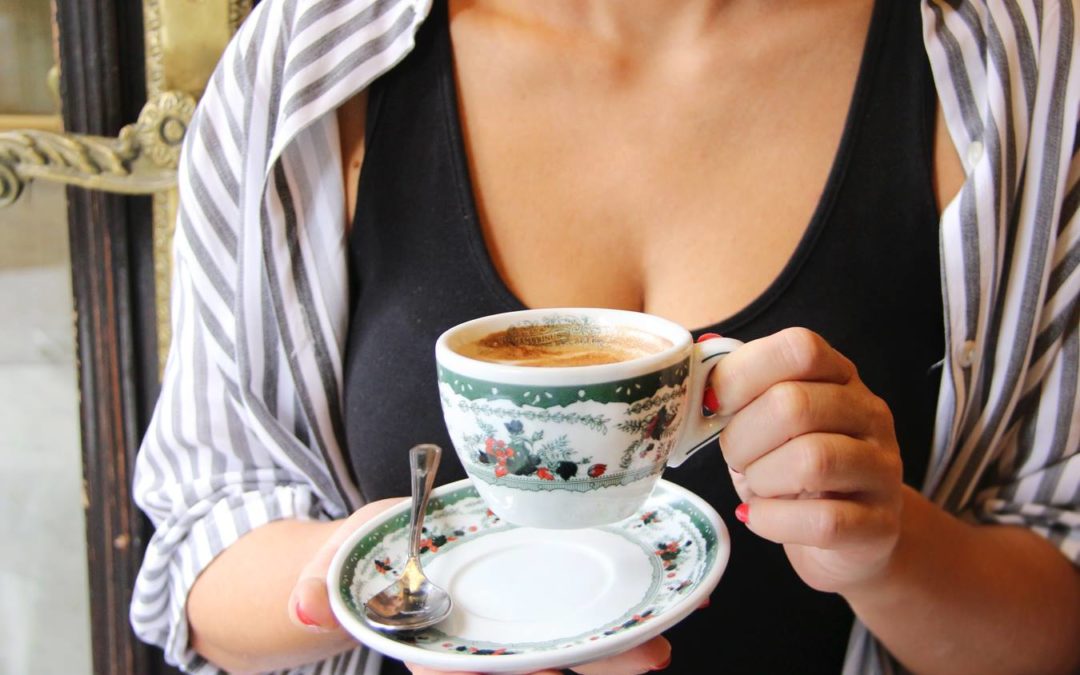 Everyone knows that Naples is the coffee capital. But few know how the tradition of Neapolitan coffee has influenced the vocabulary of baristas throughout Italy. Here are some expressions now belonging to the coffee makers of the entire nation.

1) Questo caffè è ‘na ciofeca: “ this coffee is crap ”- Ciofeca is a word coined by Totò and often used by him to brand a bad coffee.

2) Comm ‘cazz’ coce: “like c *** o scotta” – It is the classic phrase pronounced in the bars by the customers after having burned their lips with the hot cup. Our tradition, in fact, wants that not only coffee but also the cup in Naples must be very hot, like freshly extracted coffee. Only in this way does the drink not suffer a thermal shock that could alter its aroma and taste. For this reason it is not uncommon to hear a customer ask for a coffee with the “three C’s”.

4) Ah, che bellu ‘ccafè, sulo a Napule ‘o sanno fa’ e nisciuno se spiega pecché è ‘na vera specialità ”“:” Ah, what a nice coffee, only in Naples can do it and nobody explains why it is a real specialty ”- Phrase taken from the song“ O ccafè ”sung by the unforgettable Domenico Modugno (text by Riccardo Pazzaglia) where Neapolitan coffee is praised but nobody has ever understood why it is so good!

5) A manto ‘e monaco: “come il manto di un monaco” – One of the elements to establish the success of coffee is the color that must be brown like a monk’s cloak. Eduardo De Filippo used to use this expression in his works. Repeated then by Sophia Loren in the cinematographic transposition of “These Fantasms” of 1967.

6) Aggia pavà  nu suspeso “I want to pay for a suspended coffee” – In the second half of the nineteenth century the custom of leaving a coffee paid to a stranger was born in Naples. This tradition constitutes an act of generosity towards less fortunate people.

7) A tazzulella ‘e cafè:“ the cup of coffee ”- It is a way to indicate, almost with affection, a cup of coffee (better if Neapolitan). The expression gave the title to one of the most popular songs of the great Pino Daniele.

8) O’ ‘ccafè sape e scarrafone: “the coffee tastes like a cockroach” – An expression used by Eduardo De Filippo in “Christmas in the Cupiello house” to qualify, obviously negatively, the coffee of his wife.

9)‘A cuccumella: the Neapolitan coffee maker – Machine for the preparation of homemade coffee in use until the second half of the ‘900 but, still, used, in the more traditionalist houses. It is towards the first half of the nineteenth century that the Cuccumella Napoletana, called the “Neapolitan” is affirmed because it was invented in Naples by the French Morize in 1819. Originally in copper, then in aluminum, the use of the new machine completely changes the way to prepare the drink. The coffee powder, minced in coarser grit, is no longer boiled in the water which, instead, brought to the boil in the boiler, turning the machine upside down, passes through a fall through the filter containing the coffee and then into the collector.

10) Sotto tenite ‘o zuccaro e ‘ncoppa amara site – “under there is sugar and above you are bitter” – In the Neapolitan song “‘A tazzulella’ e cafè” Brigida does not match the love for the author, yes it shows bitter, bitter and, therefore, it compares it to the cup of coffee (which it has under the sugar and above is bitter).