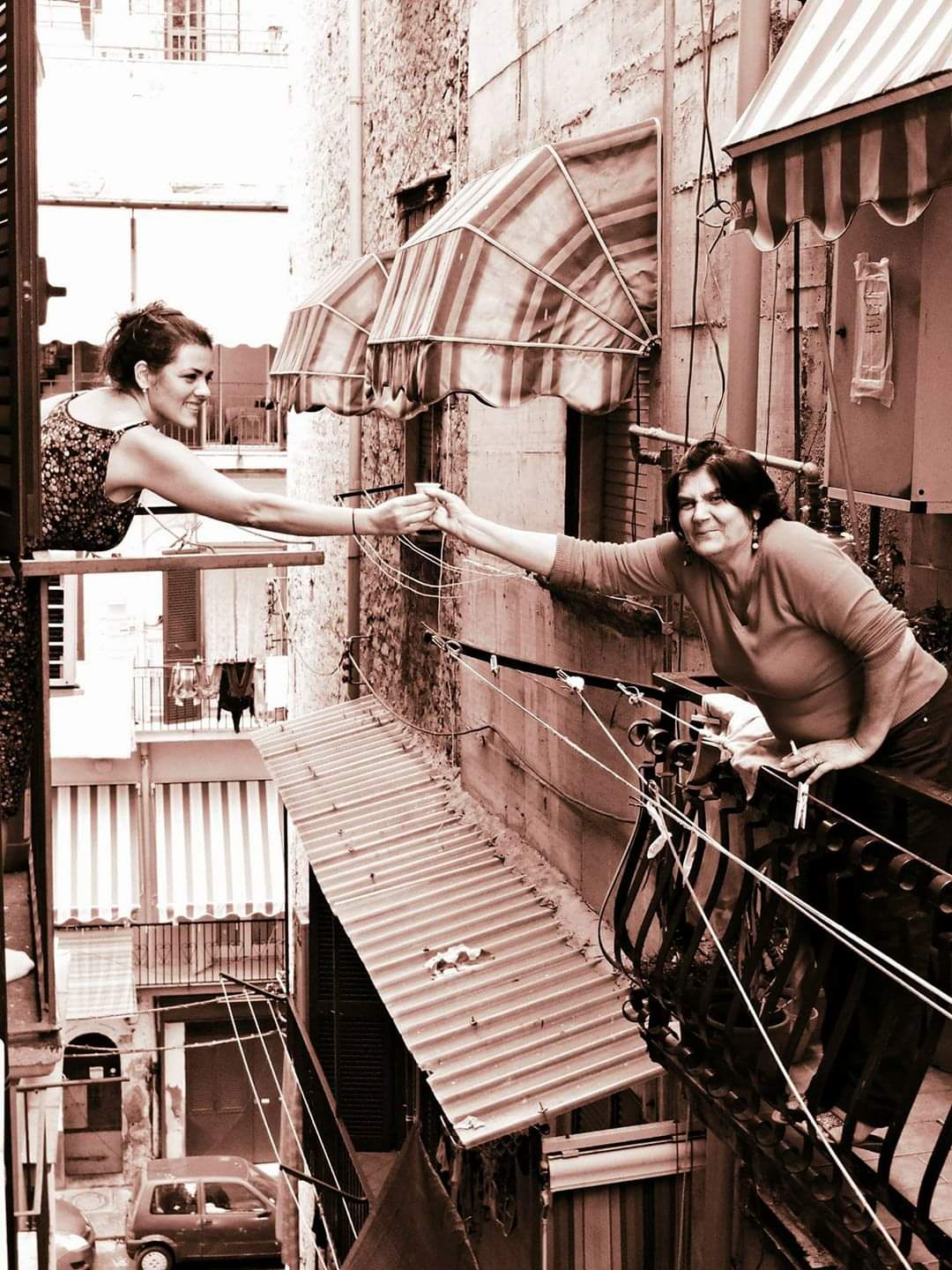 The majesty of Naples and its gulf can be admired, even more, by looking at the city from a bird’s-eye view. Descend into a dive into the womb of the town, the one made up of the maze of alleys and alleys, a veritable original and particular spider web. The urban structure of the historic center of the city of Partenope takes this form at the time of the Spanish viceroy Don Pedro De Toledo, which requires not to build outside the walls. For this reason, the Neapolitans are forced to build huge buildings using the height, sacrificing the distances between them. It is thus that noble palaces, monumental, deconsecrated churches, public buildings of the ‘600 and of the’ 700, develop without solution of continuity creating a suggestive and unrepeatable urbanism of its kind. The life of the Neapolitans of the historic center takes place in this intricate maze of streets, streets and alleys. Between the aroma of coffee, a “wallet” pizza eaten on the street, the colors of the clothes hanging in the alleys, the overlapping voices of shopkeepers and street vendors, the darting of scooters driven by boys, walking through the streets of Naples is an experience to do it at least once in your life.

The coffee, therefore, one of the protagonists of the beating heart of Our City and the aroma of feeling walking through the streets just as the great Modugno sang in “‘O cafe’ of 1959″ Ah! c’a ddore ‘and ccafe’ Ca if you feel pe ” is city ‘! Who, then, better than Antonio and Lella, residents of the Spanish neighborhoods and always in the world of cafes, can tell us what it means to live in the alleys and how important coffee is for the Neapolitan people.

Q) Dear Antonio and Lella, can you tell us a little about your past? How did you meet?

Antonio) I didn’t have a simple childhood because I was born in a difficult period, right in the post-war period and I had the misfortune of losing my mother when I was still a child. For these reasons I have often changed house passing from piazzetta Cariati to Fuorigrotta, then Gennaro Serra until I settled in Vico Lungo Concordia in the Spanish quarters. My wife, on the other hand, is from Fuorigrotta (Sant’Antonio area) and when we got married we moved to vico Sergente Maggiore in the heart of the Spanish neighborhoods. It was the late 1970s.

Lella) We met in the mid-70s in the bars of the city center where we worked. My husband, before doing this job, was a blacksmith, the representative of electric brooms and washing machines, the sailor for 24 months. I, on the other hand, worked at the Fuorigrotta market with my mother, but selling fruit and vegetables was not my thing. I liked the world of coffee more.

Q) So your work (if we exclude the initial parenthesis) has always been in the Cafes?

Antonio) Yes, after having gained some experience as a waiter in restaurants and hotels (Domizia Palace Hotel and Monte Silvano in Pescara) I worked at the Brazilian Bar in Galleria Umberto I for over ten years, from 1974 to 1986, then at the Moka Brasil from 1987 to 1996 and then, finally, I managed to start my own business by opening a bar in Fuorigrotta with my family in 1997. It’s called MonteRosati (formed by my and my wife’s surnames) and we still work here today.

Lella) My first experiences in the bar world, on the other hand, were as a cleaner and “guagliana‘ and away from home »(that is, I brought coffee to my customers). I began in 1973 the year in history for the cholera epidemic. It was all the more difficult but it was a very formative experience.

Q) What does it mean to live in Spanish neighborhoods? And how important is coffee for the people who live there?

Antonio) I have always been happy to live in the heart of the city because this is where the real Naples is. I was also close to work and my children grew well. My wife always made coffee in the morning with the mocha from 3 cups. We were 4 in the family (me, my wife and my two children Monica and Luca) and therefore there was always someone who remained without coffee. For a Neapolitan, not drinking coffee in the morning is a real tragedy.

Lella) I remember always making coffee for my family and others for the guests who came to visit us. And as you can imagine my house was always open to everyone. My neighbors even made coffee and then passed it to the neighboring neighboring balcony. A friend of mine was immortalized in a photo when she was passing coffee to her from her balcony. It is so in these areas, coffee is the tool to show affection and esteem to people.

D) So we can conclude that without the vic and the vicariell, and without the coffee, Naples is not Naples?

Antonio) Yes, Naples is all of these factors 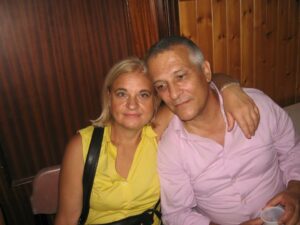