A coffee with humor 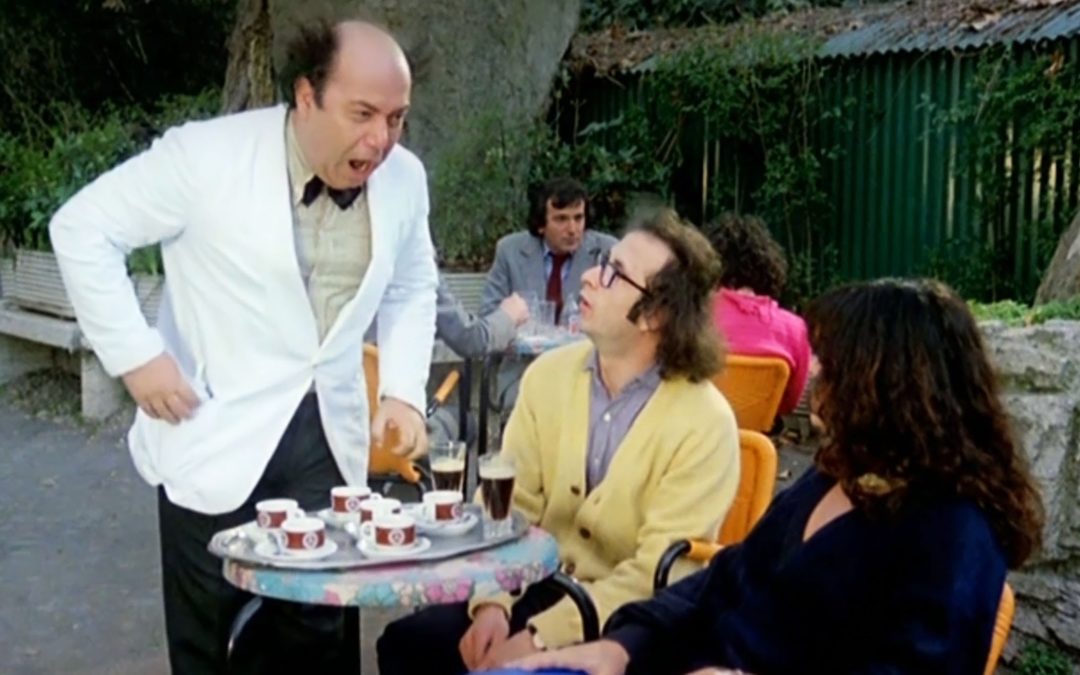 Article written by Michele Sergio and published in Rome on February 16, 2020

Irresistible and overwhelming many of his scenes, such as that of a coffee with humor, become true cult, Lino Banfi, during his long career, has been able to be appreciated and become one of the most popular actors of Italian cinema and television. The idea of ”‹”‹proposing the Apulian comedy to the public if, on the one hand, it was brilliant and innovative, on the other hand it was reckless because, unlike the classic and consolidated figures – such as those of the Neapolitan and Sicilian comedians – the Bari one was original, unpublished. The criticism, moreover, has never been generous and has always looked haughtily at the films of the sexy comedy of the 70s and 80s which today, however, have been reevaluated for its veiled criticism of society and costumes of the time. Among the films that gave him the greatest popularity in Banfi we mention The coach in the ball, Eye, Parsley and Fennel evil eye, Fracchia and the human beast.

Also “Vieni avanti cretino” of 1982 directed by Luciano Salce is considered among the funniest and best successful films. The film tells the adventures (or rather the misadventures) of Pasquale Baudaffi who in search of new employment (after serving the prison sentence in the Roman prison of Regina Coeli) will combine all the colors. The film, and it could not be otherwise for an Italian comedy, bases its vis comica on the misunderstandings that will lead our protagonist to live a series of surreal and funny situations. Full of goodwill but clumsy and unfortunate after looking for a new job as a gamekeeper and car mechanic, he tries again as a waiter. Pasquale is, in short, the prototype of the new proletarian unable to insert himself in society despite his innumerable efforts (hence the title of the film). The scene takes place in a bar in Rome for the precision of this energetic employer Salvatore Gargiulo, ruthless towards his employees. In fact, each employee knows the motto of the bar by heart “My name is Salvatore Gargiulo and if you make a mistake, I will break your c …”

Unfortunately for our hero, on his first day of work, he runs into a couple of engaged couples who are arguing about the wrong relationship. The girl who is no longer satisfied with her partner asks for more humor. At this point Pasquale arrives to take the order but the unfortunate and improvised waiter, also because of the lack of knowledge of the job, not understanding that the girl orders the coffee while she is animatedly conversing with her boyfriend, thinks that humor is some kind of liquor. And from here begins a hilarious escalation of surreal and paradoxical situations that will bring Pasquale almost madness because he refers the order to the very bad Salvatore, not knowing what kind of liquor the humor recommends, to correct it with a dash of Fernet. Pasquale then returns to the couple’s table to serve the correct coffee but obviously the girl points out that she had not ordered this and resuming the conversation with her boyfriend she exclaims “with utopia”. After drinking the wrong coffee (this is one of the punishments that Salvatore, that is, to make his employees drink and then pay for the wrong coffees) returns with a new coffee. The girl, however, almost in a trance in the conversation with her now ex-boyfriend, aloud says “no longer normal but cold, very cold”. Pasquale incredulous and disheartened, of the sudden changes of order, after drinking the coffee, he returns again with the cold but in the act of serving him he feels that the girl wants (a love) “hot and very sweet”.

And this is how this sequence of misunderstandings (the guys who fight over the sweet and the bitter), the ever-increasing threats of Salvatore and the number of coffees drunk by Pasquale, follow him and he becomes very nervous until he goes crazy when the girl exclaims “not I want it more ”(love obviously not coffee!). Tired and, by now, aware of having lost his job Pasquale takes revenge on the poor boy (Mireno Scali known as the “Benigni look-alike”) by spraying the cream on his head and thus inventing a new coffee offered by the company “the correct Tuscan with cream”.

And that’s how thanks to the great Lino Banfi that coffee becomes the protagonist of one of the most amusing scenes of Italian cinema.