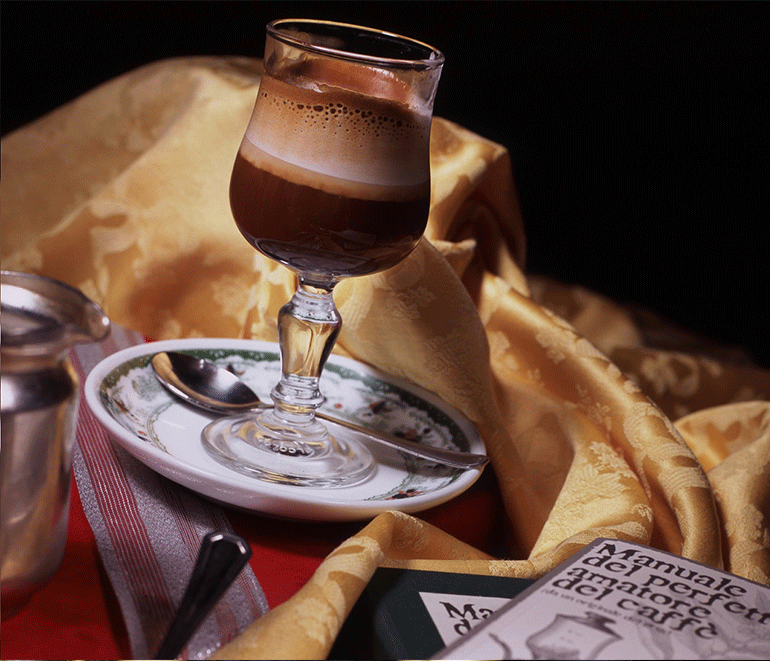 A simple and brilliant idea: the hazelnut caffe

The success and spread of hazelnut coffee in the Neapolitan cafeteria dates back to the 90s when a wind of innovation and a renewed impulse to economic and social development crossed Naples.

Guest in 1994 of the G7 (the summit of the seven most economically developed nations in the world at the time); with its historic center declared in 1995 a UNESCO World Heritage Site; with its most representative square, Piazza del Plebiscito, finally returned to the city (after being “liberated” by the cars that parked the entire area), as an ideal place for social, artistic and cultural events (the allocation of “The mountain of salt” by Mimmo Palladino in 1996, the Festivalbar in 1997, the year-end concerts broadcast by the national television networks), in those years Naples experienced a true renaissance (as some people defined it ).

In those years of turmoil, Naples constituted a significant tourist attraction, with a significant increase in presences, even foreign ones, (finally) attracted by our unique and immense natural and artistic beauties. From so much stimulated that the masters Neapolitan coffee makers proposed various innovations among which the most successful was the Hazenult Coffee, which in a few years has become a must and today a true classic of the traditional Neapolitan coffee maker.

These are the ingredients according to the now historical recipe of Gambrinus:

in the hazelnut mousse (prepared by mixing icing sugar, milk, pastry cream and hazelnut paste), pour a cup of boiling espresso coffee, turn quickly and is ready to be tasted.

The union between coffee and hazelnut means that the most delicious coffee of the Neapolitan panorama of the cafés is realized.