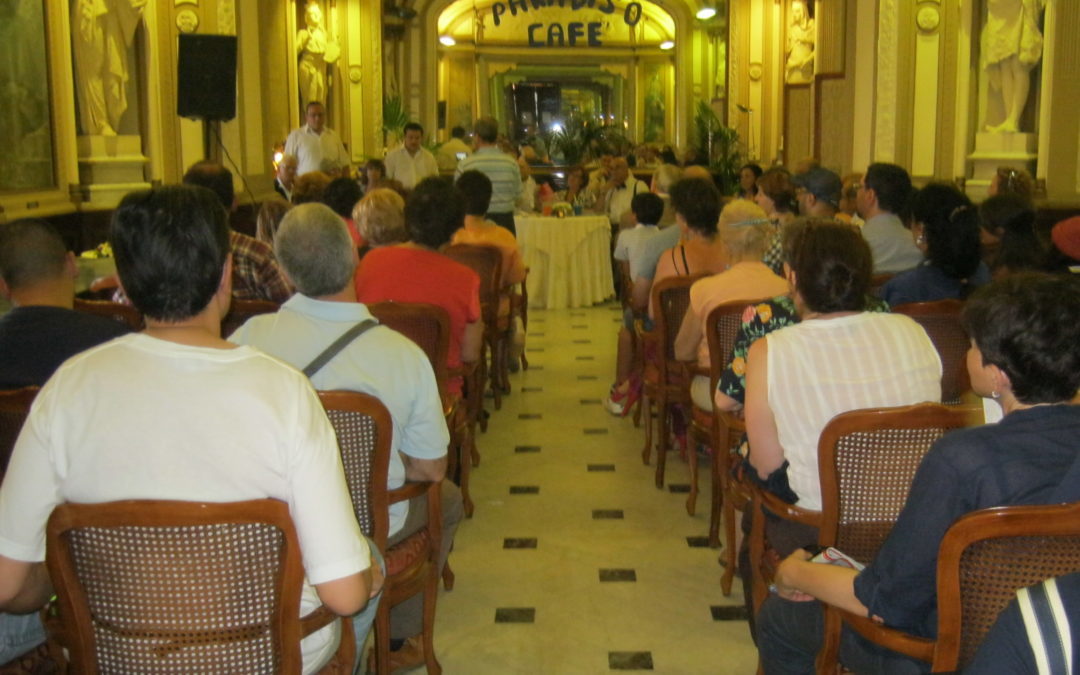 When they opened their doors, in the XVIIIth century, the first “Bottega del Caffè” immediately became the favorite haunt of intellectuals, politicians, writers and artists. The epochal success of the Cafés revolutionized customs and habits. Appreciated for their delights, nowhere to be found, almost unexpectedly they also became the main “salons” of nobility and the bourgeoisie.

Thus it was that in many cafés circles, associations and editorial committees “settled”. The Caffè Cova in Milan hosted the Circle of Patriots which, then, would have been the promoter of the 5 days of Milan. The Caffè Pedrocchi was the seat of the satirical weekly called just like the local Paduan historian. The Caffè Gambrinus was the seat of the Circolo dei Letterati chaired by Salvatore di Giacomo.

At the historic Neapolitan Café we find ourselves today in the company of dr. Claudio Calvino, president of the Noos association. We talk about this association between a coffee and a bite of an irresistible puff pastry.