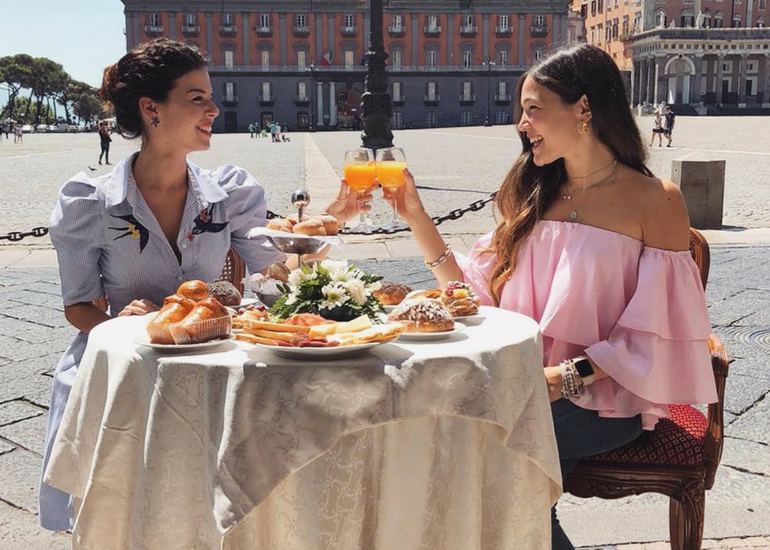 The breakfasts at the Gambrinus become social!

The breakfasts at Gambrinus become social thanks to Le Colazioniste.

On July 8th, in fact, it will be remembered as the day when the Gran Caffè Gambrinus, among the tables of the historic cafeteria, met many web influencers who gave life to the “Le Colazioniste” movement and created a truly unusual photo shoot .

The protagonists of this event, which immediately went round the web, with the hashtag #gambrinus #caffegambrinus #lecolazioniste, were all the Neapolitan breakfast products. Coffee, sfogliatelle, croissants, babà , cappuccino, orange squeezed and various delicacies, tables set out for all of God, photographed and posted on the major web channels such as Facebook, Instagram and Youtube.

Photographing and posting photos on social channels of typical dishes, of abundant breakfasts, is now a ritual very used especially among the youngest. The photos, the perspectives, the subjects in time change and also the way to propose them on social media. The subjects photographed become more and more inanimate objects like glasses for aperitifs, dishes of every kind, in short, changes the way of communicating and the message that one wants to transmit.

Even the Gran Caffè Gambrinus, the undisputed homeland of breakfast, could not but follow and support this new trend. For this reason the social event “Le Colazioniste” was held on July 8th, where the rules were really simple for the participants: sharing breakfast on their social channel and posting photos in the post event blog.

So why eat them alone, the breakfasts apparently, according to this phenomenon, first they must be shown on social media, and then they must be consumed. As if to say: a pleasure for the eyes and for the palate.