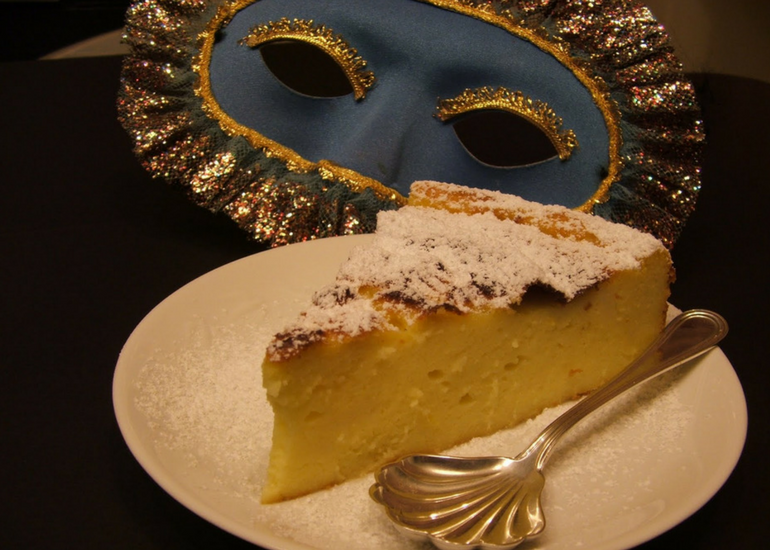 The migliaccio, sweet of the Neapolitan tradition

The Neapolitan confectionery boasts several delicacies in fact the desserts, one of these is surely the migliaccio, a typical dessert of the carnival period.

On the table of the Neapolitans, in fact, at this particular time of the year, there can be no shortage of chatter, black pudding and indeed the migliaccio, three culinary symbols that fully represent this type of feast in terms of taste.

Just today we want to tell you, some curiosities about the migliaccio, a sweet with a simple composition, which has very ancient origins and that despite the passage of time has maintained its natural goodness.

Let’s start by saying that the word migliaccio comes from the Latin expression miliaccium, which indicates the bread of mile.Own bread millet was in fact one of the main ingredients, used for its construction and that was typical of the Neapolitan rural tradition.

During the Middle Ages, the millet bread was enriched with pork blood, considered a complete and nutritious food and for several centuries it was this, one of the main ingredients used for the different recipes of the country tradition.

With the passing of time, precisely the second half of the eighteenth century with the influence of the bourgeoisie and the Catholic church, which they considered, the use of pig blood in the recipes of pagan traditions, this ingredient was replaced with others, and in the case of the mile was added sugar, cinnamon flour and eggs. The Mint turned into the modern sweet that we all know.

As with many traditional recipes, many elements resist, others are simply replaced, as in the case of millet bread, which today has given way durum wheat flour, or semolina, now the main ingredient in making this dessert.

A last curiosity about this dish? The ingredients used to make the mgliaccio are the same as those found in the filling of the Neapolitan sfogliatella. In some areas of Campania, such as the Valle Caudina (between Benevento and Avellino), it is also known as “sfogliata”. In short, the migliaccio can be defined in a sense as the poor version of the famous Neapolitan sfogliatelle. Oh yes because despite the inexorable passing of time this cake has not managed to shake off the appellation of the poor tradition, but we do not care because we like it just as it is, in its simplicity.