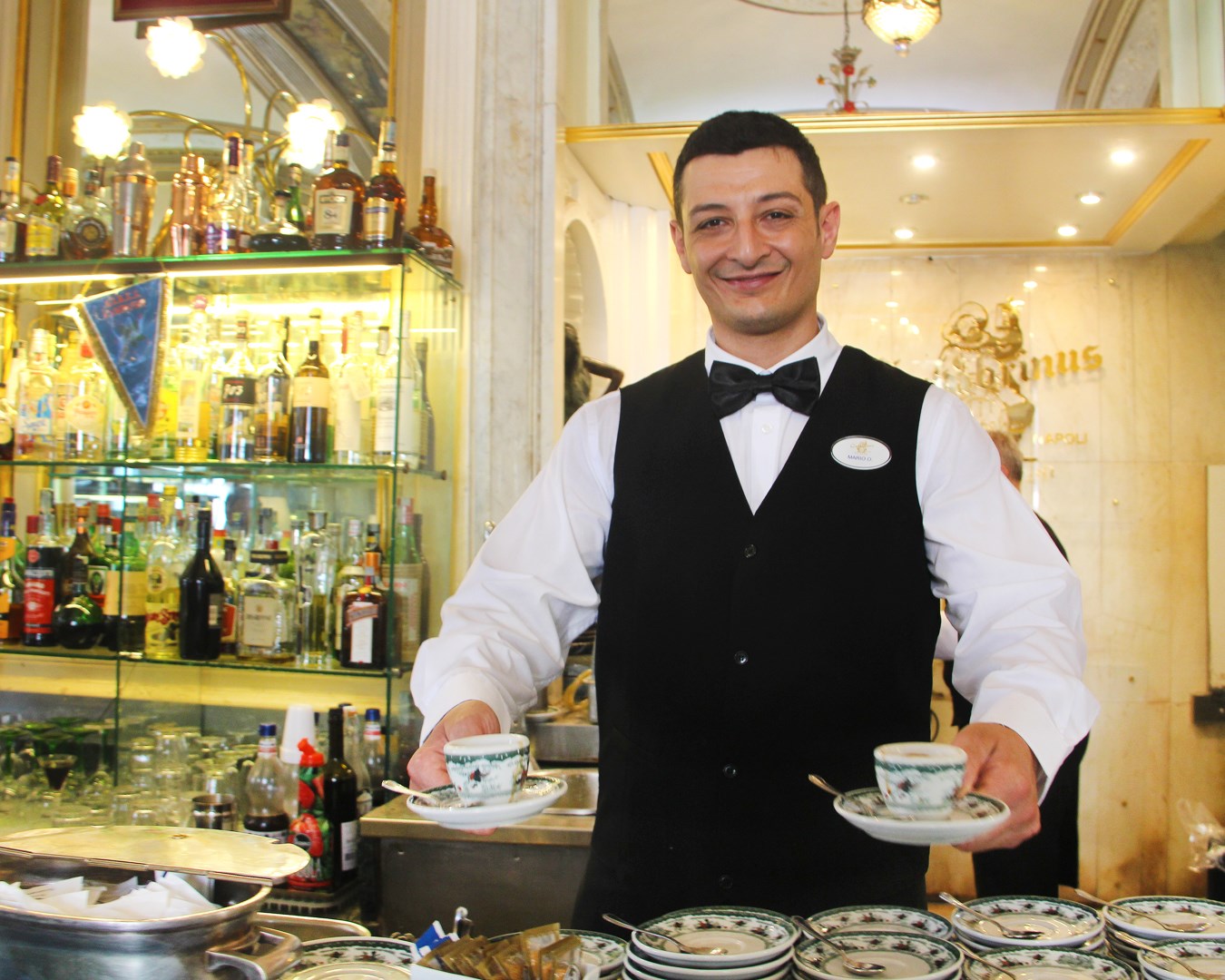 The most common expressions of Italian tourists in Neapolitan bars

From travelers of the ‘700 Grand Tour to modern food influencers, Naples has always been the ideal destination for those looking for new gastronomic experiences. Pizza, spaghetti, ragù, sfogliatella, babà , pastiera and many other typical dishes of the Neapolitan culinary tradition are today appreciated and known all over the world for two historical reasons.

Firstly, because the greedy kings of the Bourbon dynasty called the most refined chefs in Europe to their court. These created for the sovereigns an infinite variety of recipes that over the centuries have managed to maintain peculiarities and uniqueness, preserving their character in respect of tradition, with the result of delighting and amaze, even today, their lucky users with colors, the scents and flavors of an ancient and legendary land.

Secondly, the incredible contribution that the Neapolitan emigrants who brought their recipes to the new continent in the United States should not be forgotten. The Neapolitan gastronomy pleased the Americans so much that the latter, through cinema, songs and television, then promoted them all over the world.

Obviously, coffee too is part of our culinary tradition and those who go to Naples cannot help but try the famous “tazzulella ‘e cafè”. Here are the most recurring phrases spoken by Italian tourists when they go to the Neapolitan bars.