A surprise flash mob at the Gran Caffè Gambrinus! 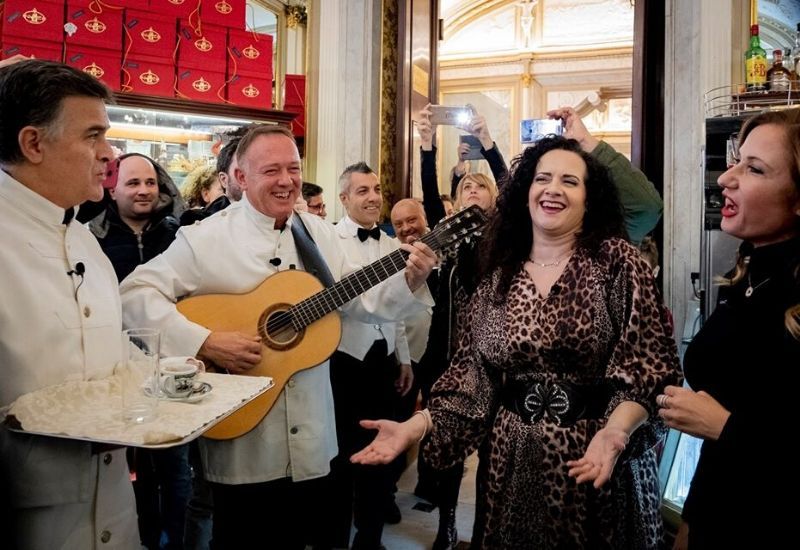 Imagine sipping a coffee in your favorite bar and suddenly finding yourself in the middle of a flash mob based on songs, music and tradition: this is what happened at the Gran Caffè Gambrinus on Sunday 1 December in front of a crowd of Neapolitans and tourists almost incredulous.

A group of important artists of the Neapolitan musical sphere, mixed in the crowd and dressed as waiters, surprised those present by singing “O Sole Mio”, continuing with the notes of “Funiculì Funiculà ” and involving the audience, who immediately united in chorus to singing, attracting passers-by on the street who have reached the historic coffee salons, remaining speechless.

Among the performers present at this unusual and pleasant initiative were the tenors Luca Lupoli, Lucio Lupoli and Francesco Malapena and the soprano Olga De Maio and Miriam Artiaco, all accompanied by the musician Sasà  dell’Aversano.

The event is in its third edition, after the success of the past few years, and aims to celebrate the city of Naples with a recipe based on tradition, proposing the great classics of Neapolitan song in a modern key: it is a metropolis that sings and that, through art, cohesion and complicity, communicates with the world and “becomes beautiful” of its very essence through the universal language of music.

The initiative was organized by the communication agency Mutart and promoted by Michele Sergio and Massimiliano Rosati of Gran Caffè Gambrinus with the support of Sì Comunicazione for video shooting.

A cheerful and sincere tribute to the Neapolitan musical tradition.

In the series “it only happens in Naples” !. 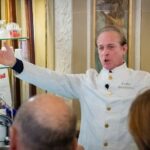 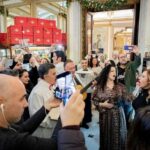 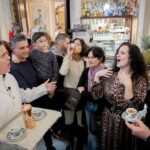 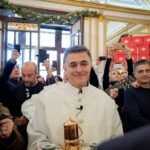 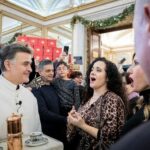 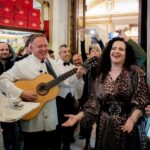