History and curiosity of the croquembouche - Gran Caffè Gambrinus

History and curiosity of the croquembouche 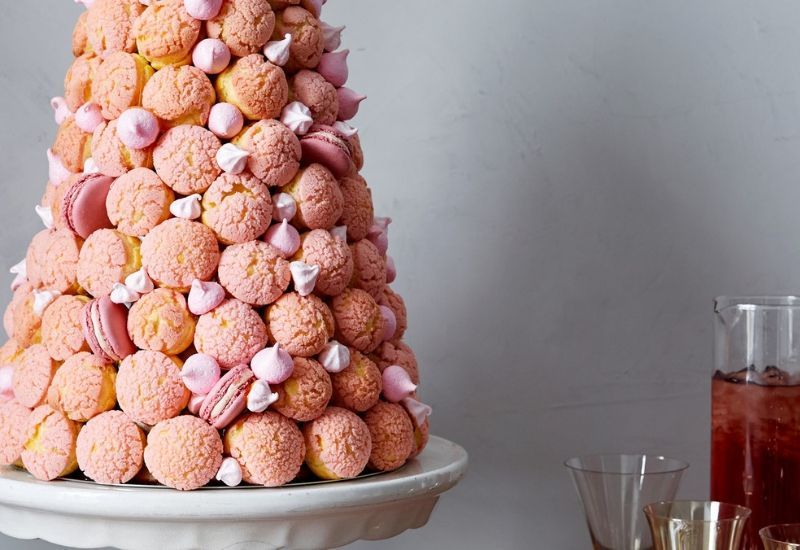 A tower of cream puffs stuffed with cream, custard or chantilly cream and held together by a melted hot caramel flow: it is not a dream, but a typical French dessert that can also be tasted at the Gran Caffè Gambrinus!

“Croquembouche” may seem a curious name but, in reality, its etymology is rather simple: “croque en bouche”, in fact, in French it could be translated as “crocca in bocca”!

“Daddy” of the recipe is Marie-Antoine Caràªme, world-renowned French cook and writer, who is credited with having simplified and codified haute cuisine: it was Caràªme, in fact, who spoke for the first time about healthiness, balance of flavors and serving. His curriculum is among the most astonishing in history, having been in the service, during the French Revolution, of Minister Talleyrand and, subsequently, of the Russian tsar Alexander I and of George IV of England.

The recipe for croquembouche appears for the first time in a treatise of his early nineteenth-century confectionery, “Le Pà¢tissier Royal Parisien”, and it is thought that the name of the dessert was forged in this way also because it carries with it a certain onomatopoeic characteristic . However, some sources report a first denomination as “croque-en-bouche”, dating back to 1700 (when sugar was still a privilege of a few), which consisted of a pyramid of walnuts, marron glacé and fruit.

As we have anticipated, this dessert is nothing more than a pyramid of choux pastry puffs stuffed to taste and tied with filaments of tasty caramel: usually, the shape is obtained through a mold or A5 folded cone-shaped cards, around which arrange the small components, already immersed in the caramel, which can also be enriched with decorations in sugar paste or coral and sugary. The height can vary from 20 centimeters up to the meter; in that case, more attention must be paid during the “assembly” phase.

If you are by absolute tradition, you will be pleased to know that Caràªme colored its cream puffs with saffron!

A simple recipe, in short, but at the same time complex that in France is put on the table during important events, especially weddings, religious celebrations (communion, baptism, confirmation) and Christmas tables. On the other hand, the pyramid resembles the shape of the classic Christmas pine!