History and legends of the Neapolitan flag - Gran Caffè Gambrinus

History and legends of the Neapolitan flag 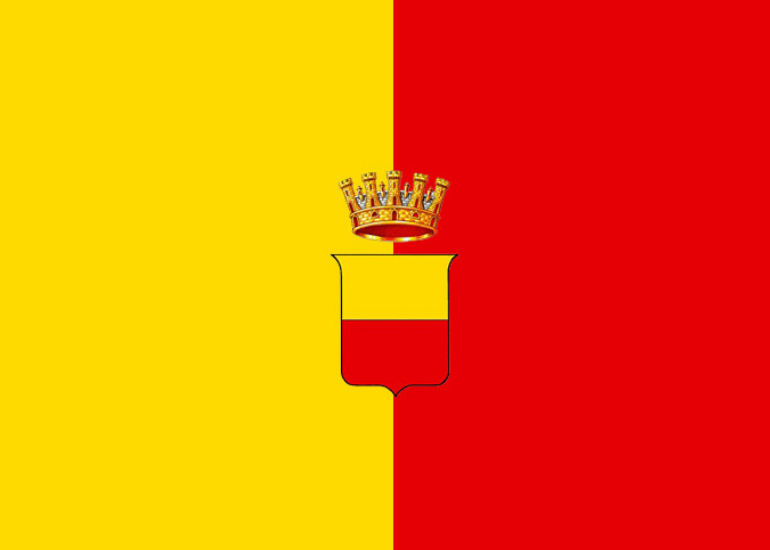 The flag for a people has a very important task, that is to convey a strong sense of belonging, of unity. Even the city of Naples has its own personal flag, full of symbolism, whose birth is surrounded by myths and legends.

The Neapolitan flag is characterized by two predominant colors of gold and red, with a central emblem that resembles a shield with a crown. Over time the flag has undergone several changes, but has always maintained the two predominant colors, probably the result of a pagan symbolism where red and gold represented the symbol of the sun and the moon.

On the other hand, according to another interpretation, the two colors were inspired by the war force, and the military victories to which the city of Naples were protagonists, red and gold were therefore two colors symbol of wealth, strength and power.

Therefore, if the colors over time have never changed, the central emblem has changed and has been transformed according to the political and societal changes experienced by the city.

Starting from the mid 1600s with the Masaniello revolt, the emblem of the flag was characterized by the letter P and this to underline the importance of the power of the people, on an aristocracy that had brought the city to its knees. Immediately after the letter P was replaced by the C, which had to refer to the Latin expression Civitas, which means citizenship to underline the sense of belonging.

With the unit of Italy instead the Bourbon coat of arms is replaced with the shield with the representation of a ducal crown, symbol of freedom and independence.

With the advent of the fascist period the society changes, the political powers are concentrated in the hands of one man, and once again the flag is changed. To Naples, in fact, there is a fascist wing symbol of Fascism, then eliminated following the fall of the dictatorial regime. From this moment on the city’s flag has remained unchanged but still retains the fascination of myths and legends still to be unveiled.