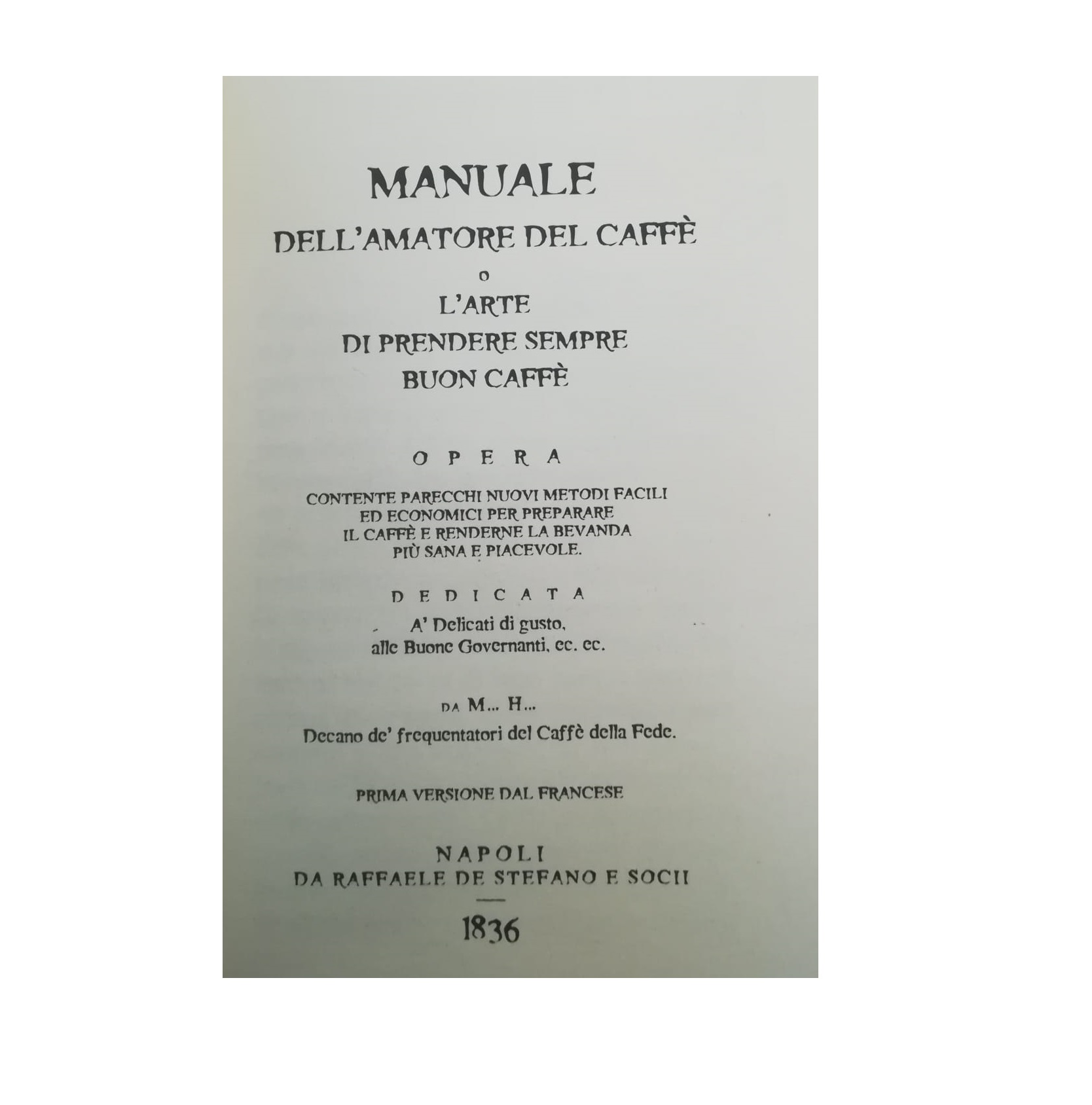 Manual of the perfect coffee lover from 1836

Coffee in Naples is a ritual, it is a cult. Poems, songs, essays, books and even plays have been dedicated to him. Hundreds of texts concerning coffee, a real monothematic library. One above all influenced the subsequent writings also affecting the way of drinking it: the “Manual of the perfect coffee lover” published in Naples in 1836 by an unknown author (note only his initials that sign the book: MH) on the inspiration of a text French. Forgotten for some time despite being well written and full of insights and curiosities it amazes to be still fully current despite almost two centuries having passed since its first release.

The manual opens with the historical preamble of the drink, from its discovery by a shepherd and its success in Constantinople, until the arrival in Europe and the era of the great Parisian cafes.

The first chapter is dedicated to the cultivation of the plant (choice of soil, exposure and temperature, sowing) and to the collection of fruits (flowering and harvest in the producing countries). The Manual also deals with the different species of coffee that take their name from the countries where they are grown (Moka is the most prized variety); of the chemical analysis of the raw and roasted product.

The heart of the treatise is chapter IV entitled “Preparing coffee”. To make a coffee in a workmanlike manner, the first step is to toast (or toast) the beans at the right point (not too light or too dark) through different techniques. However, it is important for the author to close the coffee tightly to avoid the dispersion of the aroma. The second operation is the pulverization (grinding), while the third is the infusion that can be done with different coffee makers. Interesting is the etiquette of coffee, the set of ways indicated in the Manual on how to serve and sip it. It closes with two insights: one cultural and customary on coffee in the oriental world and the Parisian Cafés, the other medical cut with the explanation of the beneficial effects that black brewed can have (but also ground coffee and beans) on human health.

It would be desirable to create a city library dedicated to our beloved tazzulella ‘e café, to defend our drink par excellence, often questioned by many who, out of interest or opportunity, do not recognize its marked Neapolitan identity and come to deny that cultural dignity that history has attributed to it for more than two centuries.