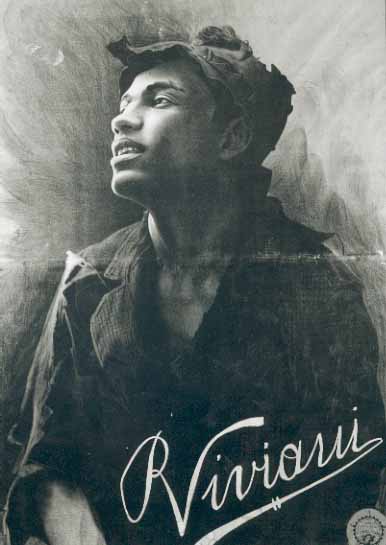 From Caffè Concerto to great works on coffee

Multifaceted, precursor, visionary, talented, unreachable: these are just some of the adjectives with which he likes to remember the great artist from Castellamare di Stabia, Raffaele Viviani.

Actor, composer, musician, playwright, poet, during his long career he has always known how to reinvent himself, obtaining, every time, critical and public success and despite the many difficulties that life reserved for him.

Viviani’s childhood was certainly not a walk because of the economic problems of his family which became even more pressing with the death of his father. Thus began a long and troubled apprenticeship in the world of entertainment which led him to act in the theater until he had the brilliant idea of ”‹”‹reviewing the interpretation of the work “Scugnizzo” by Giovanni Capurro. The new version liked it so much that he managed to have it represented at the Eden Theater in Naples. Together with her sister Luisella (also an actress and singer who remained famous for the performance of Salvatore di Giacomo’s Assunta Spina), she became one of the main interpreters of the great season of the Caffè Chantant. During the Bellè à‰poque the most popular shows were precisely those born and represented in Italian and French Cafés, with songs, music, poems and transgressive dances such as the Can-Can transalpine. Next to the great Ettore Petrolini (with whom he was bound throughout his life by a fraternal friendship), Viviani was the king of the Caffè Concerto, coming to found a variety company that took the name of “Tourneè Viviani” and which had deserved luck until the fateful year 1917.

With the defeat of Caporetto, in fact, these shows were held up by many as responsible for the weakening of the fighting spirit of the Italian soldiers. And that was how the great season of this kind ended at any moment. Many actors of the chantant coffee found themselves unemployed; but not Viviani! Stubborn and brilliant, he knew how to reinvent himself, trying his hand at prose works. A new work adventure began for him that gave him even more success, allowing him to cross the regional borders and establish himself in the national context, with an important qualitative leap. Founded the “Neapolitan Art Company”, Viviani initially staged works of unique acts, among which we mention “‘O vico” (with which he debuted), and then move on to those of two acts such as “Caffè di night and day. ” The Cafés for Viviani represented fundamental places, where people meet and socialize; after all he was born and grew artistically precisely in these environments. The bar was for Viviani the best possible “stage”; faithful cross-section of the varied Neapolitan people, it was the ideal place to tell its stories and the small and big dramas of people’s lives. In this work, everything revolves around a dingy bar in a very popular neighborhood, where characters of all social strata alternate. Strong is the denunciation of the characters’ inability to get out of their social condition, with Viviani fully manifesting himself as an artist and thinker, not as cheerful and carefree as Scarpetta but, not even, intellectual and funny as De Filippo, rather realistic and a little gloomy .

With the rise of fascism, Viviani still had to deal with a change in habits and customs. A new current of thought emerged that censored dialects to exalt Italianity and the national language to the maximum. And this is how our boy still reinvented himself, dedicating the 1920s and 1930s to great interpretations, as an actor, in films and great works. In “The last Scugnizzo” and in “La bottega del Caffè” by Goldoni (where he masterfully plays the role of Don Marzio), Viviani became an internationally renowned artist. Coffee then returns, again, through the Goldonian work, to consecration of the artist among the Olympus of the great authors of the Italian theater.