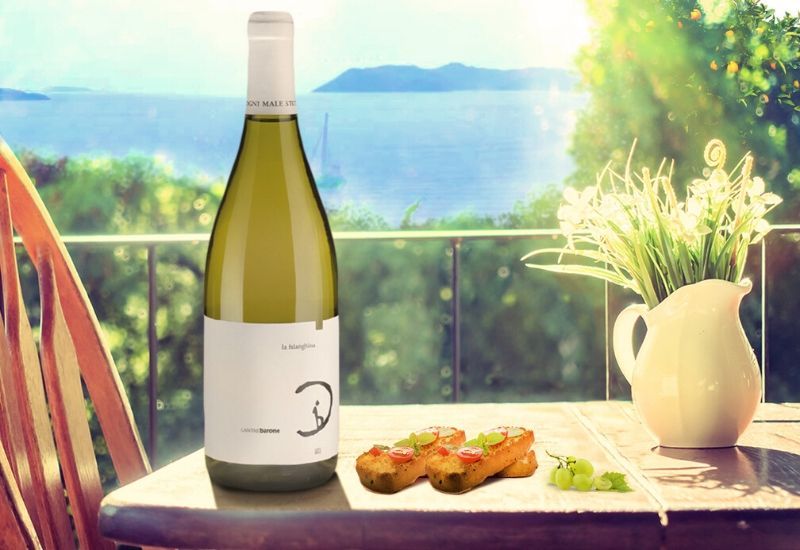 History and curiosity of the Falanghina

Among the best-selling white wines in Italy and absolute queen of the summer, Falanghina really likes everyone and is perfect for accompanying daily meals – especially fish-based – thanks to its versatility and its excellent quality / price ratio.

Its organoleptic characteristics are well known to all: it is a wine with an intense straw yellow color, with a moderately fruity smell and a dry but fresh and slightly acid taste; persistent and easy to appreciate even at the first sip, it perfectly balances sapidity and softness and, although it is clear to the eye, it is very full-bodied, also because it is often vinified “in purity”, that is with 100% Falanghina grapes.

But what is the history of this vine and of this bottle now famous not only on our tables, but also internationally?

As with so many good things, even the origins of Falanghina are, in some ways, mysterious.

The experts, however, agree in affirming that it is a grape variety already cultivated in Roman times and, therefore, really very ancient and, consequently, has become part of our most intimate traditional and popular fabric.

Today it is grown in North Naples, in the Phlegraean Fields, and in the Sannio but not everyone knows that this particular variety has long remained in oblivion, forgotten and subsequently rediscovered only in the last twenty years, becoming a source of pride for the whole of Campania. The etymology seems to refer to the Greek falangos, which became in Latin phalange, with a curious reference to the poles used to support the vines. However, there are also those who believe it is a completely contemporary vine.

Praised by Pliny the Elder and extolled even by the poets of the past, Falanghina was the wine of the emperors and it was never lacking, it is said, at the royal court of Naples, so much so that it was even included in the prestigious papal wine list.

The first recent historical reference we find in 1804 thanks to a Franciscan friar, Columella Onorati (in the century Nicola Onorati, who was also a professor at the University of Naples for the faculty of agriculture) who dedicated himself to studying its characteristics, giving, like many others other brothers, a great contribution to ampelography (the discipline that studies, identifies and classifies the varieties of vines) in a historical moment in which botany was a simple tradition to be handed down orally between peasants from generation to generation.

Subsequent testimony was that of Giuseppe Acerbi, writer, traveler, archaeologist and musician from an aristocratic family of Austrian origin who, in 1825, described this variety of wine in an extremely detailed manner, giving inspiration to the scholar Federico Corrado Denhart who provided the result again more complete and accurate a few years later.

We thus arrive on tiptoe in the Unification of Italy and we overcome it: in 1879, the Knight Giuseppe Frojo described in detail the vegetative cycle and the vinification of this grape; a decisive step in the explosion of Falanghina’s success that arrived in the second half of the following century. In 1989, in fact, the law on the granting of the DOC to the “Falerno del Massico Bianco” established that the label arrived only against a certificate of exclusive use of grapes produced by the Falanghina grape; the producers were thus automatically stimulated to refer to this product and to concentrate on increasingly specific varieties.

In particular, in more recent times, small farmers in the area north of Naples have changed their breeding system – initially puteolano, very productive to obtain vines destined for distillation -, modernizing it according to much more strict and restrictive regulations to always improve plus the final quality.

Today the Falanghina really gets along with everyone and enjoys a newfound popularity on aperitif buffets but also served alongside Mediterranean dishes such as appetizers, rice / pasta with seafood, vegetable soups, soups with mushrooms and second courses of grilled or fried fish or shellfish and white meat. Also the perfect pairings with soft or seasoned cheeses and with the delicious buffalo mozzarella from Campania. Finally, even with dry pastries it looks good!

And what do you prefer to accompany your favorite Falanghina?