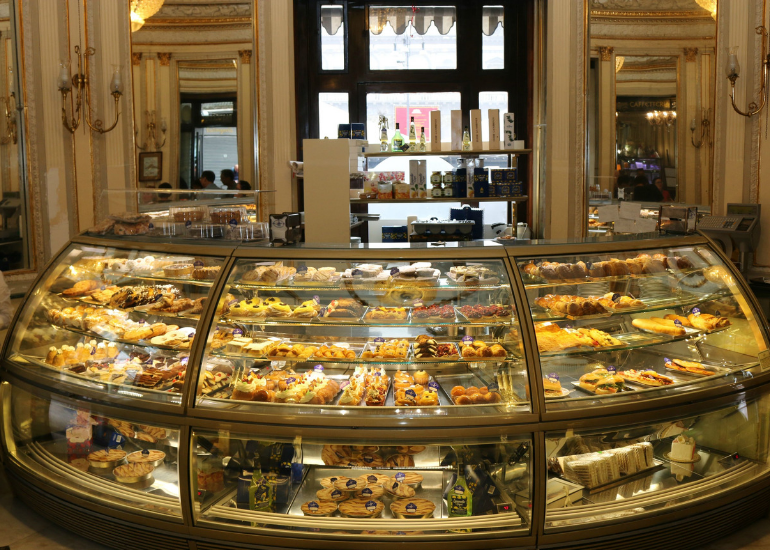 THE ANCIENT ART OF PASTRY

Each place has its own, always manages to find the perfect combination of tradition and innovation and only a few manage to dedicate themselves in an excellent way.

Did you understand what we are talking about? But of course the ancient art of pastry.

Oh yes when we talk about desserts we talk about a real art intended for many but only a few manage to create. Over time, as all the arts have undergone significant changes. In the course of history, in fact, the pastry has been enriched with flavors and aromas.

It is said that the first confectionery processing was the result of sweet and savory mixtures born from the manipulation of bread. In the Greek and Roman period the desserts were prepared mostly with the help of quince, eggs, wheat flour, honey, milk and wine.

A first change came after the year 1000, thanks to the Arab merchants who exported spices such as cinnamon, ginger, nutmeg which became part of the ingredients for making desserts.

However, the turning point came in the late 1500s when, thanks to a greater availability of sugar, the first puff pastry began to be made. However, it will only be from the 1600s that the first cakes began to be made, obviously they were destined exclusively for the noble class.

Even Gambrinus has its own team of pastry artists, led by master pastry chef Stefano Avellano, who has always made sweets of all kinds.

In the Gran Caffè Gambrinus laboratories for years there are in fact been created delicacies ranging from traditional recipes for the creation of desserts such as sfogliatella, pastiera, babà  the caprese etc … but also new recipes that mix with those of the past new ideas to tell the changing times and new trends.

For example, the birth of the black babà , born from the genius of Massimiliano Rosati, creative master, who thought of a sweet against racism, the Pinuccio, made after the death of the great Pino Daniele, and Vesuvius the sweet symbol, emblem of city ”‹”‹of Naples, the sweet of San Gennaro to never forget the devotion and its important aspect for the city.

In short, pastry is pure art and beauty and we are proud to give our desserts a contribution of beauty and goodness in the world.