The Gambrinus and the cinema - Gran Caffè Gambrinus

The Gambrinus and the cinema 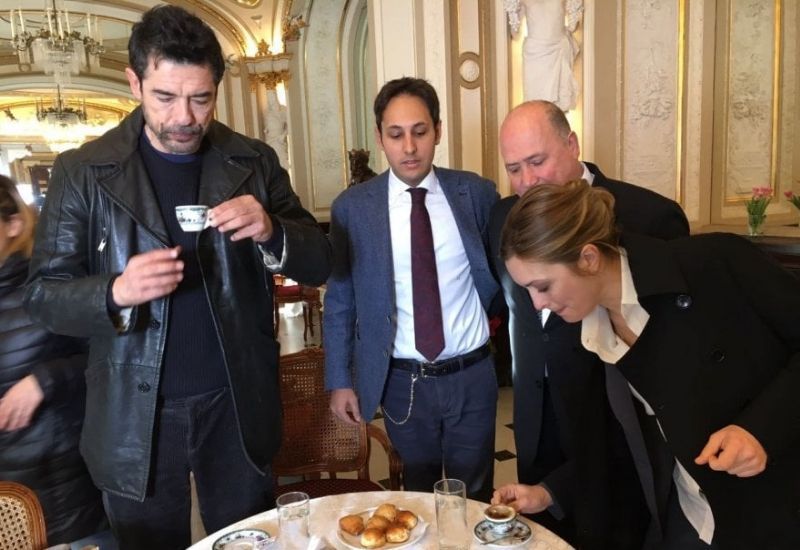 The Gambrinus is one of the most “dense” places in Naples due to its history, hospitality and fame: the most influential personalities of several centuries sat at its tables and the verses of songs and poems that became part of the cultural heritage were written. only Neapolitan and Italian, but also worldwide.

A partnership between coffee and artists, which has never died out and continues to this day: just look at the quantity of actors, directors and show business personalities who still frequent it today or choose it as a background for their own films.

Last year, for example, it was the turn of Stefano Accorsi who, in November, met his fans in these clubs: “I love this city, I’ve been coming here every year for seven years now, to act in the theater. My producer, Marco Balsamo, is from Naples, I have a deep connection with Campania: here I feel at home “he revealed, also aware of the fact that his mother was on vacation in our region when he discovered he was expecting that child he would have turned out to be a prodigious actor!

Accorsi and his troupe had stopped in Naples for 3 days to shoot a part of the fiction “1994”, dedicated to the Berlusconi period in Italy, between Palazzo Reale, Galleria Umberto, Rione Sanità  and Seafront.

Alessandro Gassman, Carolina Crescentini and “The bastards of Pizzofalcone”

In February of the same year the cast of “I bastardi di Pizzofalcone”, the successful RAI series that arrived in the second season, was also present. The actors were welcomed, along with the whole crew, by the director, Gennaro Ponziani, and by one of the owners, Michele Sergio, with a breakfast of Neapolitan coffee and sfogliatelle, served in the historic hall of 1860.

The work is inspired by the novels of the writer Maurizio De Giovanni (who often sets his own scenes at the Gambrinus) and, at that time, he was in a break from filming in the small pinacoteca of the place, where forty paintings of fine painters are exhibited Nineteenth century of the Posillipo School.

Even the most famous showgirl of our time, Belén Rodrà­guez, stopped at Gambrinus some time ago, but not for a film project: the great coffee, in fact, was for her the background of a photo shoot dedicated to fairytale wedding dresses.

Like her, many other women of the show also showed off their beauty in the premises of the historic café, from Elisabetta Gregoraci to Irina Shayk, the Russian top model, wife of Bradley Cooper, who in 2009 allowed herself to be immortalized with a cup in her own hands. during a photo shoot dedicated to a bikini brand.