The history of ice cream is all Italian - Gran Caffè Gambrinus

The history of ice cream is all Italian 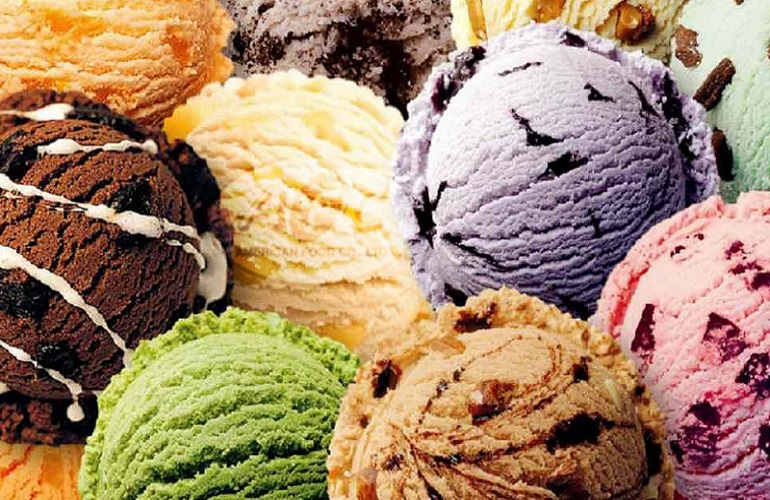 Colorful, genuine, refreshing; with fruit or in sweet tasty creams; “hot” or fresh and invigorating; rich in vitamins, mineral salts, proteins: we talk about ice cream, the favorite food for adults and children during the warmer seasons.
But did you know that the origin of this delicacy is wholesome Italian?

The origins of ice cream

Wanting to retrace the history backwards, arriving to the “ancestors” of modern ice cream, you can even get to the Bible, in the story of Isaac, which offers Abraham goat milk mixed with snow: it would be a sort of ice cream / granita antiquities!

The Romans then talked about “nivatae potiones”, typical cold desserts, obtained in some caves preserve the snow collected during the winters, and then take it to the city during the warmer seasons, mixing it with other ingredients. Seneca also talks about these tasty fruit salads with honey and snow!

But to observe a food more similar to what we know today we must jump directly to the sixteenth century, with a firm eye, in particular, on Florence. It would be here, in fact, that the one who is traditionally recognized as the “father” of ice cream, the architect Bernardo Buontalenti, would have created this recipe with milk, cream and eggs. But this is not the only name that revolves around the origins of this fresh summer food.

There is another, always Italian, to quote: Francesco Procopio dei Coltelli, a gentleman from Palermo who moved to Paris to the court of the Sun King; here the man opened the first coffee-ice-cream parlor in history, still famous and renowned all over the world, the Procope coffee, where customers served their own portions of ice cream in various flavors.

But how did Italian ice cream become the American ice-cream?

Once again there is the hand of one of our countryman!

It was a certain Filippo Lenzi, at the end of the 18th century, who opened the first ice-cream parlor in America; from there it was a resounding success, so impressive as to stimulate the imagination of gourmets for new proposals on tastes and inventions: the crank sorbet was born, in the nineteenth century, by the hand of William Le Young.

The pace of industrial mass production has been very short.

Our grandparents and older relatives will certainly remember the revolution brought to all Italian homes by the “Mottarello”, the first industrial ice cream on a stick, born right here, in our own land, in 1948.
Shortly after, in the 50s, the first cone with an industrial waffle arrived (and triumphed) … let’s talk about the only, mythical, unmistakable Cornetto!
But it is in the 70s, with the spread of the domestic frezeer, that it was possible to buy the first “buckets” family format: the name “Barattolino” tells you something?

We are in recent years, finally, and also arrives the first version of ice-cream biscuit: the Ringo.

From there it has been a continuous evolution, inspiration, invention, but the standards on which the ice creams of the whole world have been based have had as their matrix these 3 “ancestors” so famous and still known today by our children.